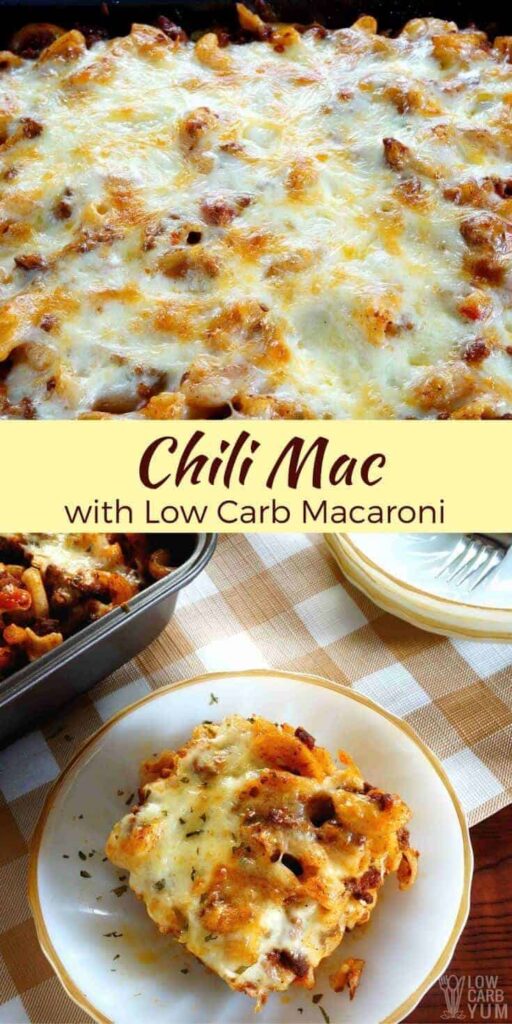 A spicy ground beef and pasta casserole that can be made with any pasta. But to cut carbs, this chili mac recipe used low carb macaroni.

I had a craving for pasta and I just happened to have a bag of low carb elbows in the pantry claiming to be low carb. Most of the carbs in this low carb pasta are indigestible so each serving is stated to have 4g of carbs.

I'm not sure how true it is so I don't eat low carb pasta very often. However, it is a nice thing to have in the house for those times when comfort food cravings kick in.

As most of you may know, I'm a big fan of casseroles and spicy food. So, I made a low carb macaroni chili mac recipe with ground beef and Mexican spices.

This dish reminds me of the hamburger helper meals I used to make in my college apartment. Of course, that was back in my high carb days when I ate a lot of unhealthy processed foods.

Both of my kids enjoyed the casserole and didn't even question if it was low carb. It tasted just like the regular thing to them.

I was happy to sneak in some extra fiber without them knowing it by using the low carb macaroni. I'm thinking I should make it more often since it's got to be better than the high glycemic pasta they usually eat.

This chili mac recipe can be tweaked to your liking. I used a Mexican blend of finely shredded cheese which contained mild cheddar, Monterey jack, queso quesadilla and asadero cheese.

I also used spice packets from a chili kit so the amounts are estimates. I really liked this casserole and will make it again. However, I'll probably use shirataki ziti noodles which I know have negligible carbs.

If you aren't familiar with shirataki pasta, it's made from konjac which is primarily fiber.

A lot of people don't like to use shiratake because it doesn't have the same texture as regular pasta. Instead, it's a bit rubbery and slimy. And, it doesn't smell very good right out of the package.

However, I'd urge you to give it a try. I find the smell and texture do improve when it's properly prepared. The best method is dry roasting the shiratake noodles dry before using.

But, if you have tried shiratake and just can't make it work for you, there are other options. There are a couple companies that offer better tasting low carb pasta like this one. However, they usually aren't gluten free. 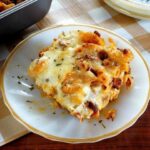 *UPDATE: I no longer use or recommend Dreamfields pasta as it is NOT low carb or gluten free! Nutritional data used Miracle Noodles shirataki pasta