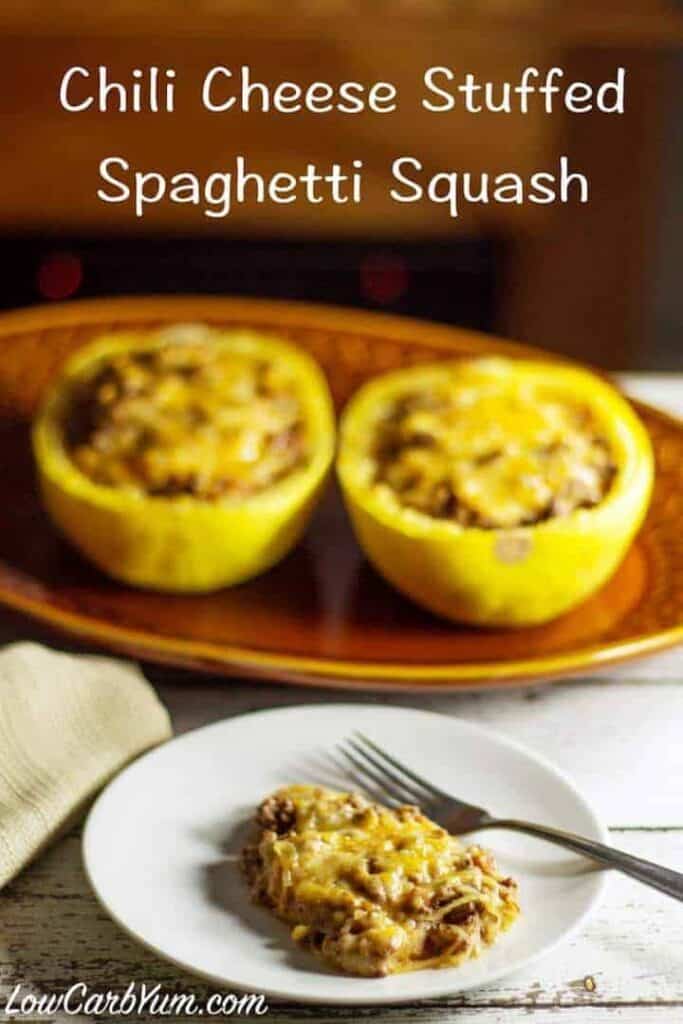 I decided to do an update of my original Chili Macaroni recipe that was posted in December 2010, when this blog was only a few months old. At that time, I had just returned to a low carb diet which was shortly after I transferred to a new job at work.

The previous three years were very stressful for me because I had to pass a very intense training course and then spend time on a rotating shift. The 12 hour night shifts were dreaded and I spent a lot of time studying for training exams. Thankfully, an opening in another department came up that worked regular day shifts and was transferred over.

Had I stayed in that other job, I never would have had the time or energy to start a food blog. And, I doubt I would I have been able to successfully return to a low carb lifestyle.

It was really hard to resist the ice cream and other goodies that we often had on night shift and I spent a lot of time at home studying to keep up with the continual training so I could pass regular exams.

Since 2001, there are only two times when I went off a low carb diet. The first was between 2007 and 2010 when my job at work created a lot of stress and I found comfort in regular eating. The second was in 2012 when I became pregnant and needed to increase the amount of carbs I was eating.

Although I continued to be conscious of my carb intake, it took me a while to return to a true low carb diet after the birth of my youngest daughter because she has been much more difficult than my older two children were. That's also why I had to take a break from blogging.

I've learned to deal with what is known as a "high needs child" which is something that I never knew existed before my last child was born. To be honest, if she was my first child, I doubt I would have had any more children. It has been quite a struggle over the last two years.

The reason I felt the need to redo the original Chili Macaroni recipe is because that recipe used Dreamfields pasta which was found to be misrepresenting the net effective carbs. Dreamfields ended up having to change the label because the effective carb count was challenged after many who ate it had glucose spikes after eating it. Therefore, I no longer use or recommend eating Dreamfields pasta.

I decided to recreate the chili macaroni recipe into a low carb chili cheese stuffed spaghetti squash recipe. To start, I roasted the squash in the crockpot using the method I describe here. Then I sliced the spaghetti squash in half, seeded it and scooped out the fiber strands so I could mix them into the chili seasoned meat mixture.

Then I added a layer a of the meat mixture into each spaghetti squash shell. I wanted to have two meat layers and two cheese layers so I added the first meat layer a little below the halfway point.

I sprinkled a taco seasoned grated cheese blend of cheddar and Monterey jack on top of the chili meat layer. Then I repeated the layers to fill up the spaghetti squash.

I didn't want to overstuff the squash so I layered the remaining meat and cheese into a small casserole dish. Like the original recipe, this chili cheese stuffed spaghetti squash recipe yields about 6 servings or two per stuffed squash and the casserole dish.

I put an aluminum foil tent over the stuffed spaghetti squash in the oven and covered the casserole dish with aluminum foil so the cheese wouldn't brown. This way, the cheese gets gooey and not crisp.

I actually prefer the spaghetti squash flesh over the macaroni noodles. The added benefit is that this chili cheese recipe is gluten free whereas the original recipe made with pasta was not.

For a vegetarian meal, just use the vegan chili slow cooker low carb recipe in place of the meat 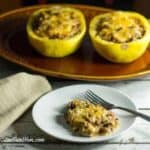