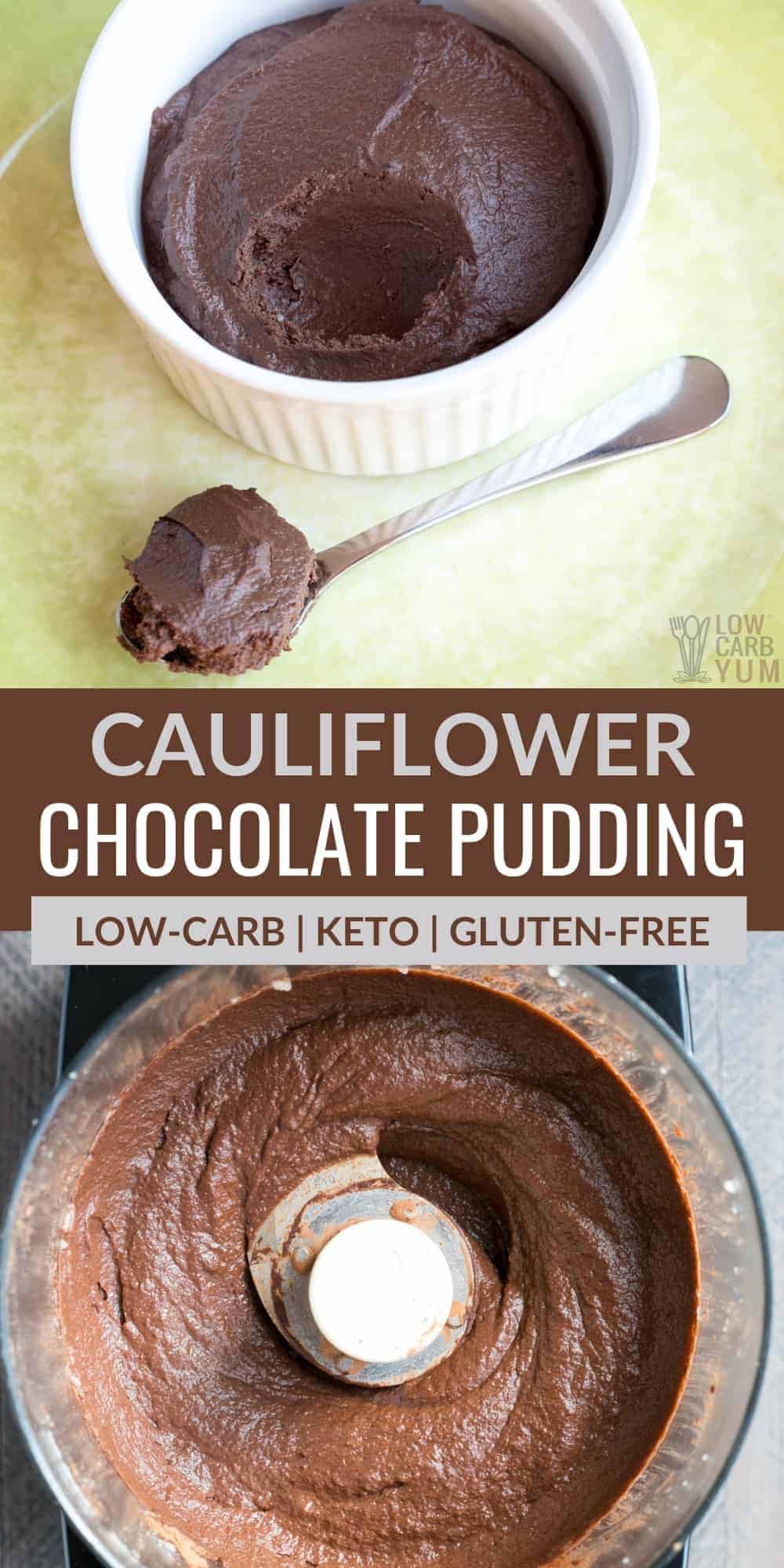 Dessert can be a lot healthier if you make it out of vegetables. Try a healthy serving of low-carb cauliflower chocolate pudding. It's very tasty!

This year, I've been trying to make my desserts a lot healthier. How would you feel about a dessert that contains a full serving of vegetable in it? Yup. I thought I'd try making a low carb cauliflower chocolate pudding. And, guess what? It tastes pretty darn good!

I'm sure I'm going to get some grossed out faces when I post this recipe. But, seriously, you need to give it a try. At first I made it with all stevia liquid sweetener. However, it tastes much better made with Swerve and a few drops of stevia mixed in to get the sweetness just right.

I admit that cauliflower has a stinky smell when it's cooked. My husband always complains when I cook cauliflower or broccoli. It's only something that's released during cooking.

It looks like the cauliflower shortage has ended as I'm able to find it in the stores now for a reasonable price. It has become so popular that stock is usually low. Even the amount of frozen cauliflower seems to be getting low in the grocery stores.

It's super simple to whip up this low carb cauliflower chocolate pudding. You'll just need to steam, boil, or microwave the cauliflower until soft. Then, using a high speed blender or food processor, puree it until it's nice and smooth.

Then, you'll add in some cocoa powder, gelatin, heavy cream, and sweetener to taste. I like blending two types of sweetener because I find it gives the best taste.

To show you just how easy it is to make, I put together a video showing how I made my low carb cauliflower chocolate pudding. Who ever thought cauliflower would make such a yummy dessert?

For even easier treats, be sure to check out my chia seed pudding recipe and my avocado pudding! 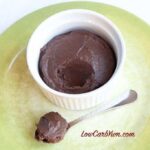