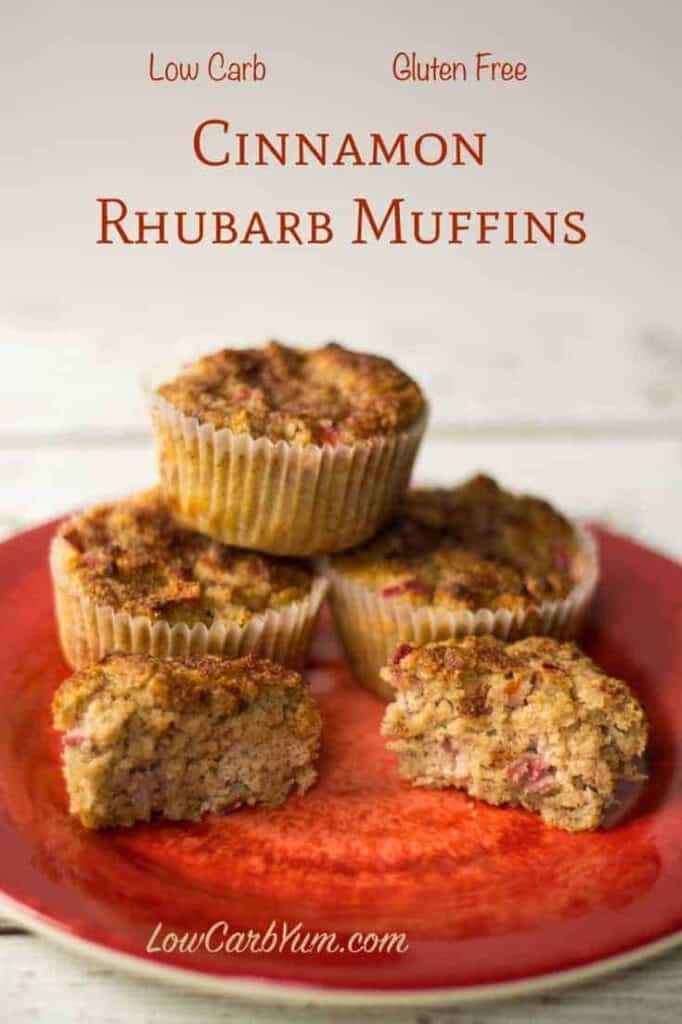 Although traditionally baked with strawberries, rhubarb is delicious on its own. Enjoy tasty low carb gluten free cinnamon rhubarb muffins for breakfast.

You know that summer is just about here when the strawberry and rhubarb plants start producing here in Connecticut. I got my first rhubarb stalk, but there aren't enough ripe strawberries in our garden to make a strawberry rhubarb crisp, so I opted to make these cinnamon rhubarb muffins instead.

This was the first time I've actually eaten rhubarb by itself. Before making this recipe, I've always combined rhubarb with sweet berries. My favorite blend is the filling in a strawberry rhubarb crisp or pie.

The cinnamon flavor of these rhubarb muffins is similar to some of my favorite cereals so I've been enjoying them for breakfast. I didn't realize rhubarb had such a wonderful flavor on its own.

It's slight tartness does compliment the sweetness of fruit, but adding cinnamon and sweetener to plain rhubarb is really tasty. I'm glad I finally decided to try this low carb vegetable on its own in a sweet gluten free muffin without any added fruit.

I used a whole stalk of rhubarb in the recipe. It yielded a little over a cup of diced rhubard.

I wanted as much rhubarb as I could squeeze into the batter, and one cup seemed just about right.

Although I usually grease the muffin pan, I decided to use paper liners this time for an easier cleanup. The muffins did stick a bit to the paper so I'll either grease the pan next time or use foil liners.

I baked the muffins until they were just browned and an inserted toothpick came out clean. This resulted in tender moist cinnamon rhubarb muffins that were delicious served warm. 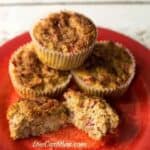