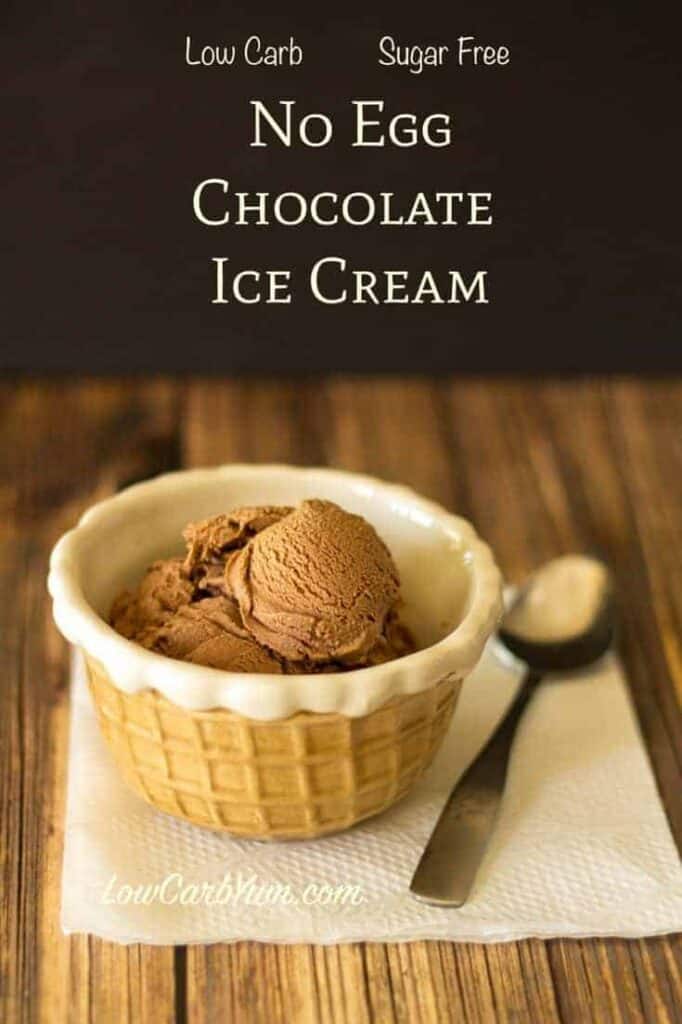 My younger daughter, who is now 2 ½, has been struggling with gaining weight for over a year. She's only 22 pounds and still fits in some 18 month size clothes.

It's been a regular routine to give her premium ice cream like Häagen-Daz or Ben & Jerry's in the evening before bed. She was on a "white ice cream" kick for a while, but now she wants "brown ice cream" for her late night snack.

These daily ice cream feedings have been causing me to crave chocolate ice cream. Looking back, it's hard to believe I've never made a chocolate based ice cream recipe.

I recently purchased the Jeni's Splendid Ice Creams at Home cookbook after trying several of the recipes by Jeni Bauer available online. Although the recipes are developed using cornstarch, sugar, and corn syrup; I've been successful replacing these ingredients with xanthan gum, low carb sweeteners, and ChocZero vanilla syrup.

The ice cream may not be scoopable straight from the freezer, but once allowed to thaw a bit, it does scoop well and has a creamy texture. The method of boiling the milk for a few minutes seems to be key in preventing the ice cream from becoming icy. The result is a homemade frozen treat that is comparable to high quality commercially prepared ice cream.

Since evavorated milk is a bit high in carbs, I used LC-Milk instead because it is very high in protein. LC-Milk is a dry mix made by LC Foods that is a low carb high protein milk alternative. Because LC-Milk contains no fat, you need to add a little heavy cream when used as a whole milk replacement.

One of the things I've learned while making sugar free ice cream is that fiber based sweeteners work much better than erythritol based ones. That's why I've been using either Just Like Sugar or allulose sweeteners. Since Just Like Sugar has slightly less carbs and is usually less expensive, that's what I prefer to use.

The LC-Milk mix also contains some inulin, so it adds a little more fiber to the low carb ice cream. Inulin is the sweetener that's used in Just Like Sugar and results in a more scoopable ice cream if used instead of erythritol. I believe the reason is because some of the water is absorbed by the fiber so ice crystals do not readily form.

Regular homemade ice cream made using Jeni Bauer's method needs to sit out for about 10 minutes prior to scooping. With this sugar free no egg homemade chocolate ice cream, I let it sit out a good 15 to 20 minutes which results in scoops that are close to what you'd get with store bought ice cream. 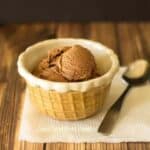 Newer sweeteners can be used to replace the Vitafiber products. I recommend allulose instead of Vitafiber powder and Honest Syrup in place of Vitafiber syrup. Makes about 5.5 cups Per ½ cup: 1.7g erythritol, 2.8g net carb