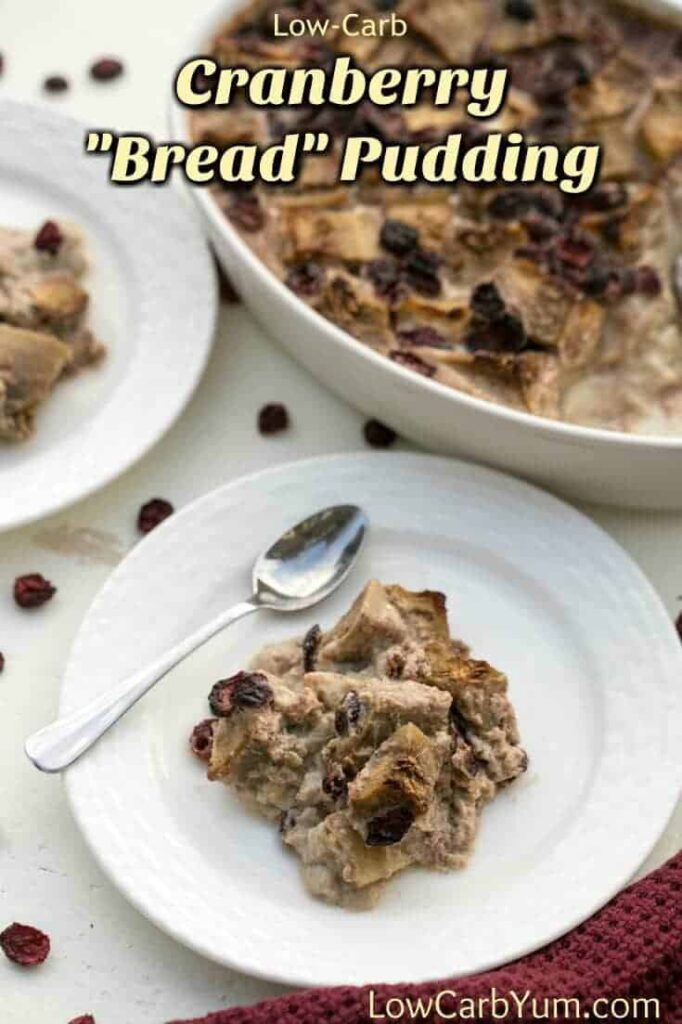 A delicious cranberry eggplant bread pudding. There's no actual bread in it. Eggplant is used instead and you'd never know it by taste!

I was overloaded with eggplants a couple weeks ago. Not only did we get some fresh from our garden, but I was given a couple extras as well. Food just seems to find you when you're a known foodie.

While searching for low carb eggplant recipes, I discovered a "bread" pudding by Maria Emmerich. You can see the original recipe at Maria Mind Body Health. I was blown away by the idea of using eggplant in place of bread in the pudding. So, I decided to give it a try!

Maria made her pudding with rhubarb. I decided to make a more traditional recipe. The result is this cranberry eggplant bread pudding. And, it's a perfect dessert to serve during the upcoming holidays. The cranberry and cinnamon flavor is a great compliment to either Thanksgiving or Christmas dinner!

This bread pudding was so delicious. I'm already planning to make it for my family during the upcoming holiday season. I won't tell them what's in it, either. Let's see if they can figure it out!

I'd like to try a few different variations on this bread pudding. I'm sure the original recipe with rhubarb is delicious. But, I may try it with strawberry and rhubarb.

After making this yummy bread pudding, I'm wondering what other sneaky things you can do with eggplant. Could it be hidden in other low carb desserts?

There's not much taste to eggplant so it's pretty easy to add into a dish without being detected. It contains a lot of moisture, so maybe it could be grated and added to baked goods like zucchini.

I've got a couple more eggplants to use up. If I don't come up with a new low carb recipe, I wouldn't mind eating this bread pudding again.

It's difficult to get my kids to eat new vegetables. What's your favorite way to sneak low carb veggies into desserts and treats? 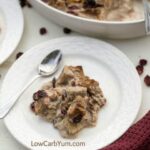 Each serving contains about 13.3g erythritol. To avoid excess liquid, the eggplant can be salted and sat for about 30 minutes before using to release moisture and then the salt should be rinsed out.