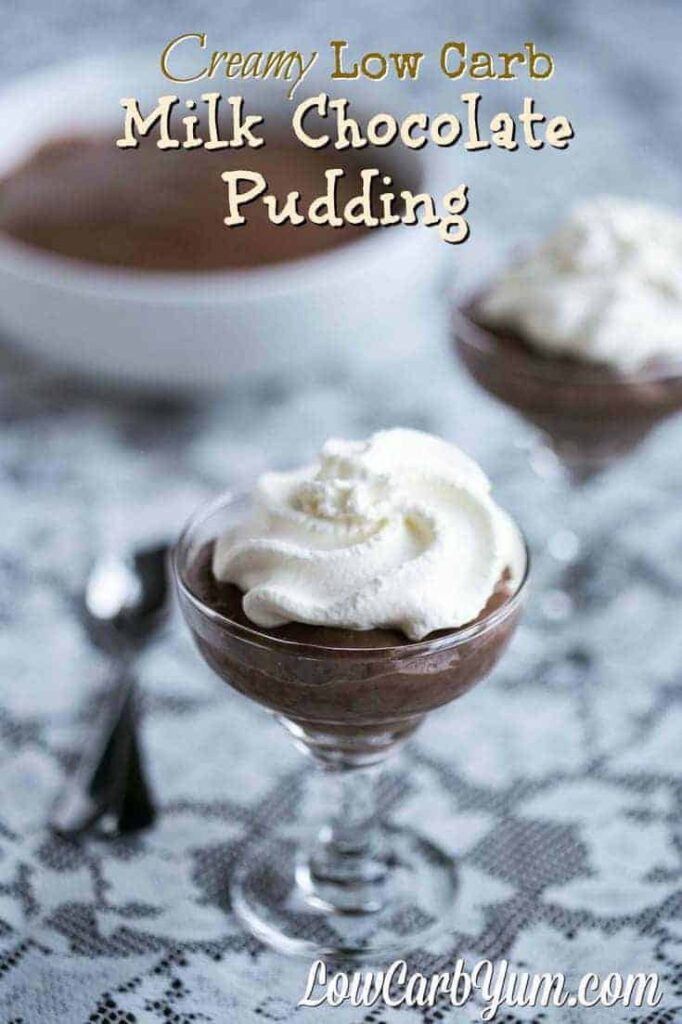 A delicious low carb keto chocolate pudding recipe that the whole family will love. It's much healthier than a box mix and whips up in no time.

I've been really craving chocolate lately. I usually go for a hunk of chocolate or a few chocolate chips. But, this time, I was craving something that I used to love in the past. The little snack sized pudding packs.

I don't buy the sugar free pudding snacks any more because I haven't found any that contain only natural ingredients. Most are made with Splenda or aspartame. And, the thickeners used are typically not low carb.

After looking over my recipes, I realized that I didn't have a low carb recipe for regular creamy milk chocolate pudding.

I was surprised I never posted a recipe made from a simple mix of low carb milk and cocoa.

So, this low carb creamy milk chocolate pudding recipe is long overdue. I have no idea why it took me so long to develop one that's a closer to what I used to make with cornstarch and regular whole milk before I moved to the low carb way of eating.

This recipe is a true pudding and not a custard because it's made without eggs.

It's almost identical to the homemade chocolate pudding I used to make years ago except that I've replaced the cornstarch with xanthan gum, the regular milk with low carb milk and heavy cream, and the sugar has been replaced with low carb sweeteners.

I didn't remember the amounts on my original recipe, so I adapted the Hershey's cocoa found here.

Just like my original recipe, I cook the mixture just until a boil and let is boil for about a minute before removing from the heat. Then I add butter and vanilla extract. To prevent a skin from forming, I lay plastic wrap directly on the surface before chilling.

If you were making a pie, you could pour the mixture directly into the prepared pie crust and then chill. I wanted a creamy pudding, so I fluffed the chilled mixture up by whipping with an electric mixer. This is the secret to getting the creamy pudding rather than a thickened glob.

I suppose you could also use the whipped version of the pudding in a pie as well. I'm just not sure if it would be firm enough. It might need a little gelatin added. I'm going to have to experiment a little in using this low carb creamy milk chocolate pudding as a pie filling.

My daughters are very picky and they both thought this pudding tasted great. In fact, I'm pretty sure I could sneak this one into my husband, but he's have to think it was a regular high carb recipe. He thinks my low carb creations are "strange" because he doesn't get it.

If I ate what my husband eats, I'd be at least 30 pounds heavier and feeling like crap. I'm not sure how he does it. He really doesn't eat a lot, but what he does eat is horrible.

My husband lives off those little packaged cakes and 2 liter bottles of regular soda. I'm hopeful that one day I'll convert him over. It's surprising he doesn't have diabetes.

I have a plan to use this pudding to make a low chocolate cream pie that my husband will love. I just can't let him know it's low carb. 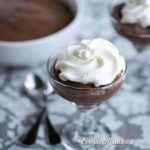 Recipe can be doubled and used as a pie filling, but may require additional thickening.