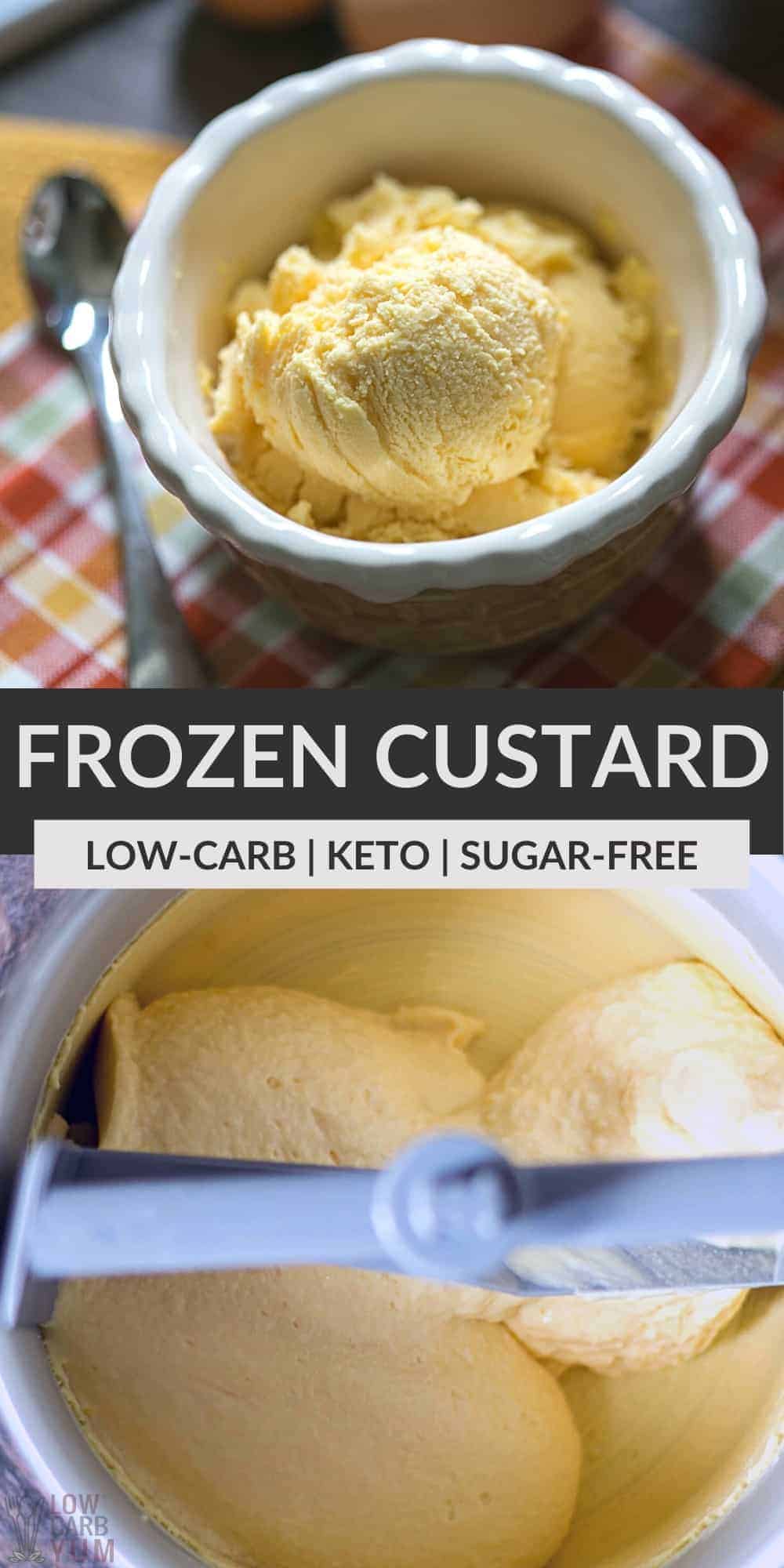 Dropping carbs is simple when you have a variety of keto desserts to enjoy. There's only 0.7g carbs in this egg fast frozen custard low carb ice cream recipe!

With the weather getting warmer, it's time to start making more frozen treats. While I've been egg fasting, I've been making frozen raspberry yogurt freezer pops for my youngest daughter. I'll probably share that recipe later on the blog.

Since I wasn't able to eat the frozen yogurt, I decided to make myself some egg fast vanilla frozen custard ice cream instead.

The recipe is almost identical to the egg fast lemon pudding recipe I posted here. I just changed the flavoring and processed it into this low carb ice cream recipe.

I actually found a recipe for egg fast frozen custard at I Breathe I'm Hungry while egg fasting last year. That recipe, however, doesn't incorporate the egg whites.

So, you have to find another way to eat the missing whites. You could just sandwich the frozen custard between two egg fast meringue cookies. But, you'd have to make a batch of cookies first.

Since my egg fast custard uses the whites, it's a perfect egg fast treat all by itself. However, I don't cook the egg whites.

If that bothers you, you may want to skip this low carb ice cream recipe. Instead, I blend a cooked yolk mixture into stiffly beaten egg whites.

Lots of people eat raw eggs and raw egg whites are used to make cake frosting. You really don't have anything to worry about. Chances are pretty slim that you'll get sick from eating eggs not fully cooked.

I've discovered that slightly freezing a sugar free ice cream mixture before processing results in a better texture. So, I put the mixture into the freezer for two hours first. After the first hour, I gave it a little stir to blend in the frozen edges.

But if you find the custard is freezing too quickly, definitely take it out of the freezer sooner. Then, you'll want to process it in an ice cream maker for the best results.

Putting the mixture in the freezer before processing in the ice cream maker also speeds up the processing time. My egg fast vanilla frozen custard ice cream was done in about 20 minutes after putting in the machine.

The frozen custard from this low carb ice cream recipe is delicious soft served. Or you can freeze it up to make firm scoops.

If frozen, you'll want to let it soften for about 15-20 minutes at room temperature. Like most sugar free ice cream, it freezes very hard.

If you want chocolate, cocoa does up the carb content, so I'd opt for a flavoring in this frozen custard ice cream. For a strict keto egg fast, carbs need to be kept very low.

I've been egg fasting for over a week now and I certainly don't feel deprived. I never realized there were so many delicious things that can be made using eggs, butter, and cheese. It's certainly a lot more than an omelette!

Going on a low carb egg fast has really helped me get into ketosis quickly. And, it's so easy to follow because you only eat three basic ingredients.

Have you used an egg fast to initiate weight loss or bread a stall? Did you find it difficult to follow? 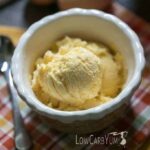 You can use an alternate sweetener to replace the stevia and monk fruit. In total, you'll want about ⅓ cup sugar equivalent or a bit more to taste.