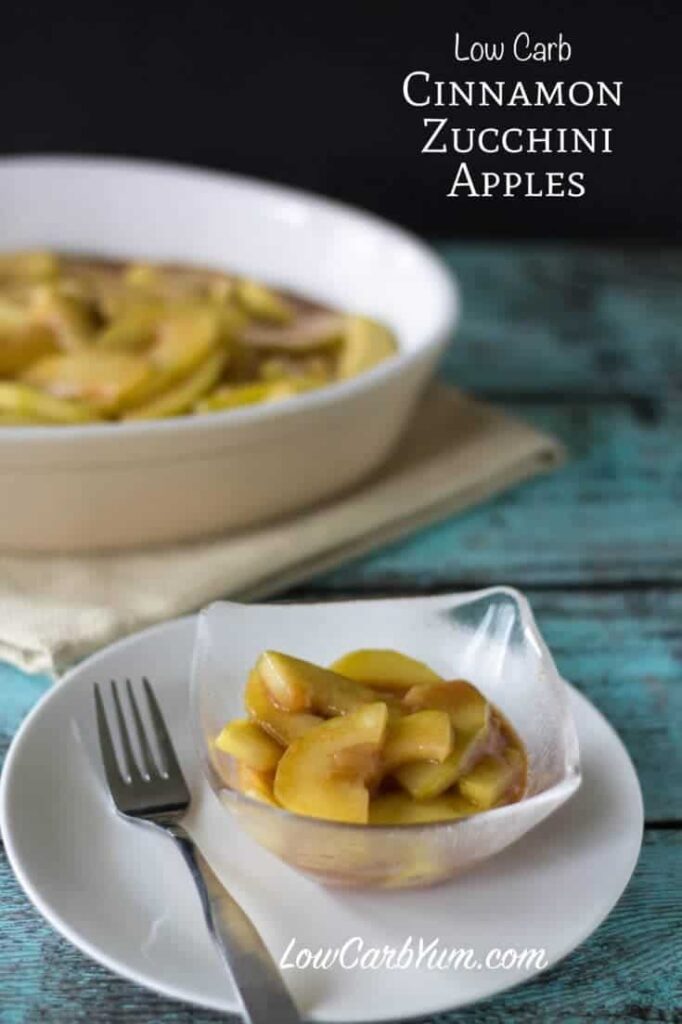 This warm mock low carb apple pie filling will have you fooled. Although made from zucchini, this sweet cinnamon mix tastes like it's made from apples.

I've baked a mock apple pie and crisp using zucchini. But, I've never tried to use it in a skillet recipe like cinnamon apples.

This is a modification of a recipe from a Low Carb Friends forum. I used a really large zucchini that we pulled out of our garden.

I'd say the zucchini was equal to 2 or 3 medium size zucchini. Have you ever gone out to the garden and found a humungous zucchini squash out there? Or, do your friends have zucchini coming out their ears and giving you those huge ones they just can't eat?

We all know these really large squash are great for baking breads, cakes, and brownies. Now, you can treat yourself to something a little different that doesn't require any low carb flour!

To make this mock low carb apple pie filling, you start out by melting a half stick of butter in a large pot or skillet. Then you'll toss in the sliced zucchini and cook just until tender.

The rest of the ingredients are then mixed in and the mock low carb apple pie filling is cooked a few minutes more. It's best to use a thickener like xanthan or guar gum. Otherwise, the liquid tends to be rather thin.

When I originally made these warm zucchini cinnamon apples, I used vanilla extract. I later discovered apple extract which gives this a much better flavor.

We served this mock apple pie filling made with zucchini warm with a little whipped cream on top. But, I bet it would be even better with vanilla ice cream.

These taste just like apple pie without the crust! If you liked this recipe, you may want to try the zucchini apple crisp or the mock apple pie made with chayote squash! 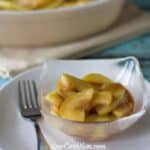 Each zucchini is about 2 cups or so. Do not slice too thin or the zucchini will become mushy and release more water during cooking.