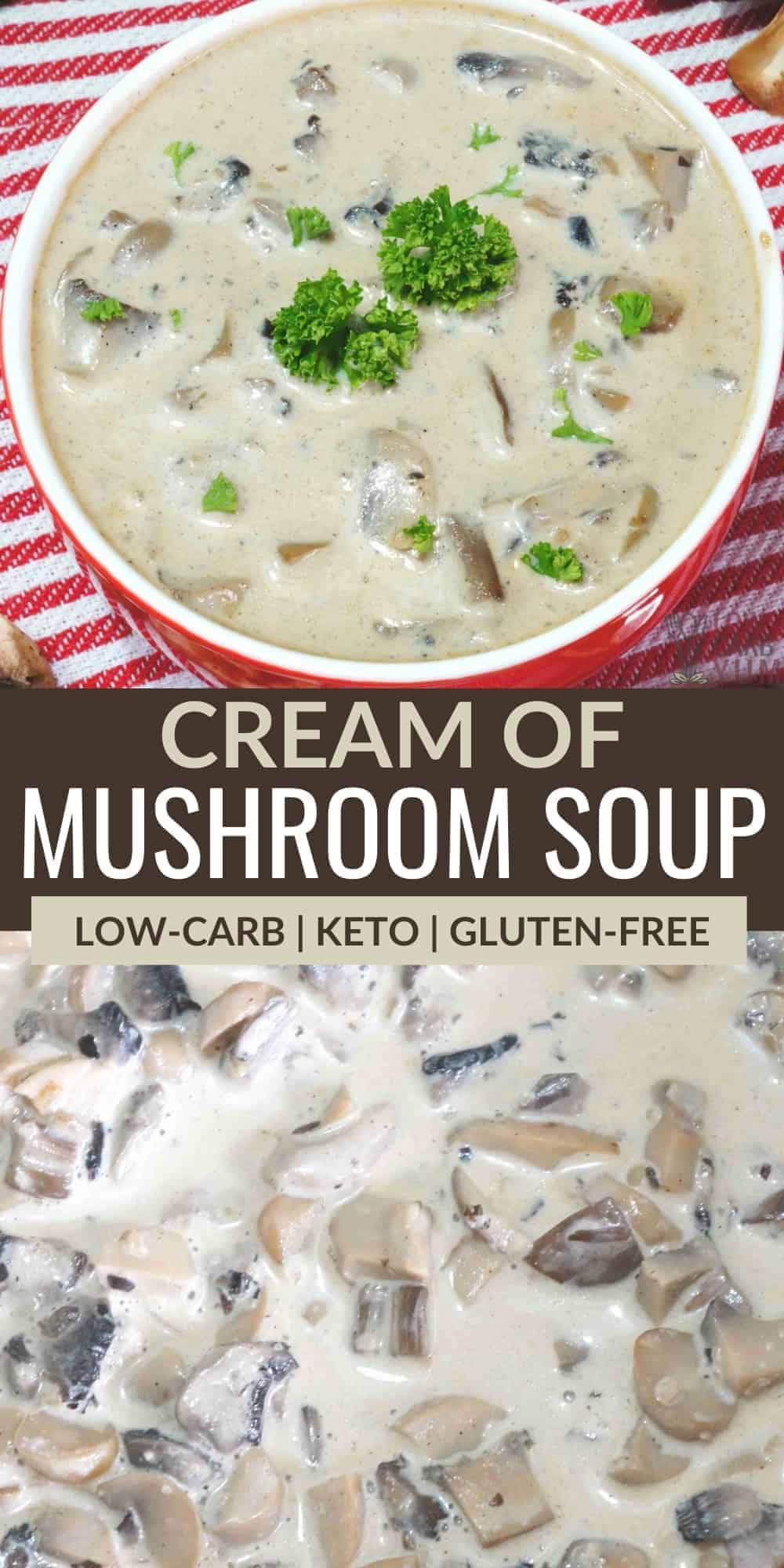 It's the start of November and the winter weather will soon arrive. With the colder temperatures, we are always in search of comforting food to warm up. Soup is an easy dish to make and it's a welcomed meal in winter.

I wanted to try some of the stir fried wild maitake mushroom that made earlier in a soup. Cream of mushroom is a popular soup and the condensed version found canned is a favorite casserole ingredient.

To make the soup lower in carbs, I used guar gum as a thickener instead of flour. It worked well. If you would like to use this soup as a substitute for canned soup as a recipe ingredient, I'd suggest adding more guar gum or xanthan gum and then cooking it down to remove at least half the liquid.

Once condensed, it should make a good low carb cream of mushroom soup substitute for the high carb canned stuff when making things like green bean casserole.

I ended up chopping up the wild mushrooms in the food processor. They tasted wonderful in a creamy soup recipe.

In fact, the low carb mushroom soup was so yummy, I made another batch using regular button mushrooms. This recipe will need to be tested a bit for casseroles.

I'm interested to see how it works as a condensed low carb cream of mushroom soup in place of the popular canned soup. If it doesn't work out, there must be a way to use a thickened heavy cream mix instead.

When moving to a low carb diet, less processed foods are used and more whole foods are consumed. Making soups and other dishes are not as difficult as I once thought.

It is nice to have the convenience of box mixes and frozen foods, but it's not worth the health issues that the bad ingredients can cause. I'm sure this cream soup can be made in larger batches and frozen for easy meals later.

I've had good success in freezing sauces. so soup should also work. It's really not too much work to make your own frozen meals.

This is a quick cooking soup. Although I cooked it on the stove top, it may also be well suited for the slow cooker. Sometimes, I prep things in freezer bags for dumping in the crock pot on busy days. It's a great way to have a hot cooked meal waiting at home after work.

Sometimes, I prep things in freezer bags for dumping in the crock pot on busy days. It's a great way to have a hot cooked meal waiting at home after work.

My family refuses to eat mushrooms. I have no idea why. If they tried this low carb cream of mushroom soup, they'd be sure to love it.

They add great flavor to so many dishes. It may be the fact that they are a fungi and grow in dark moist areas. Kind of creepy to the kids.

I hope you give this tasty mushroom soup a try. It's super quick and easy to make and is a comforting dish to eat in fall and winter.

For another great recipe, check out this keto broccoli cheese soup. 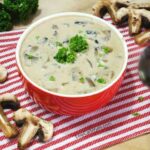