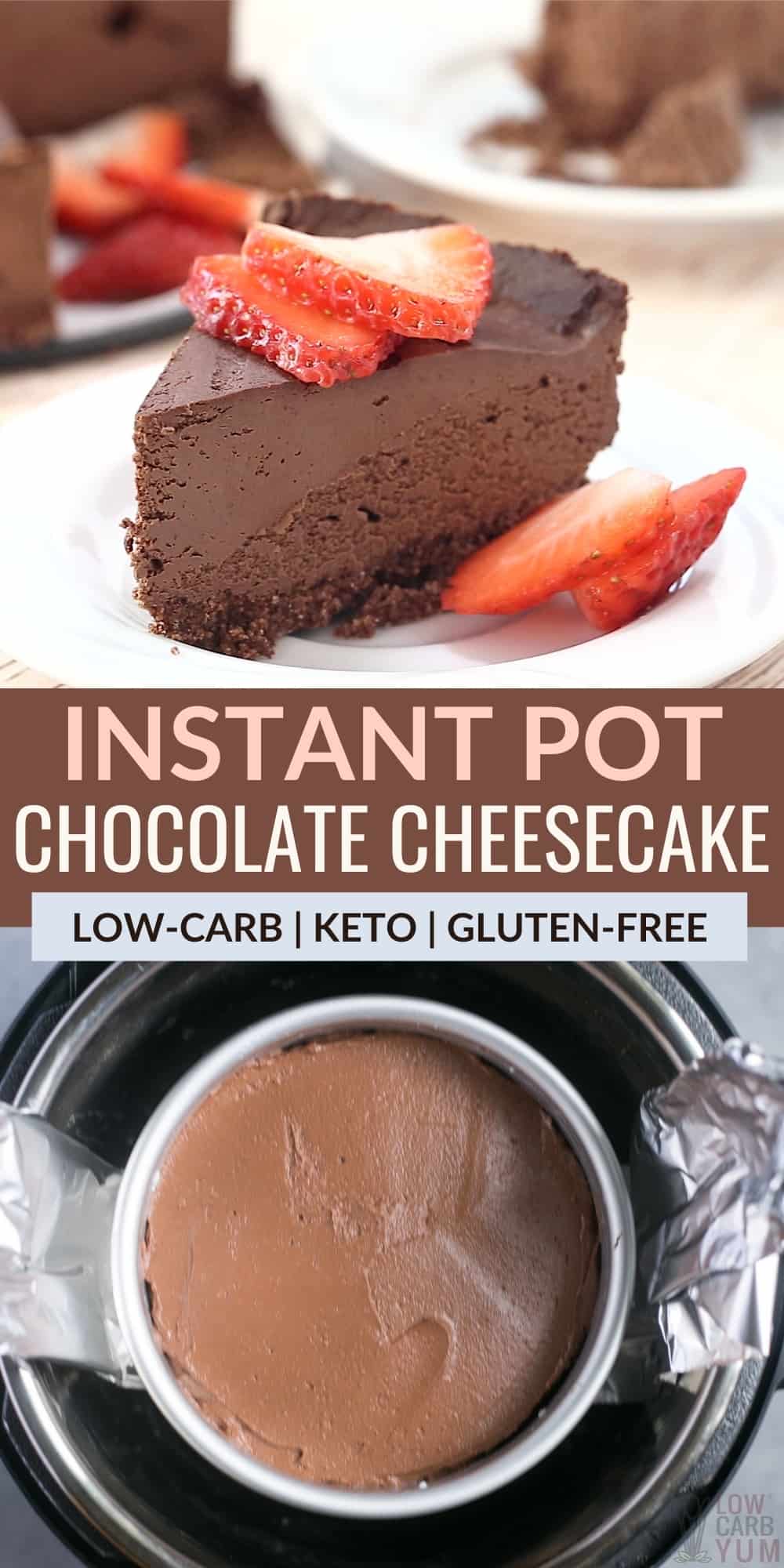 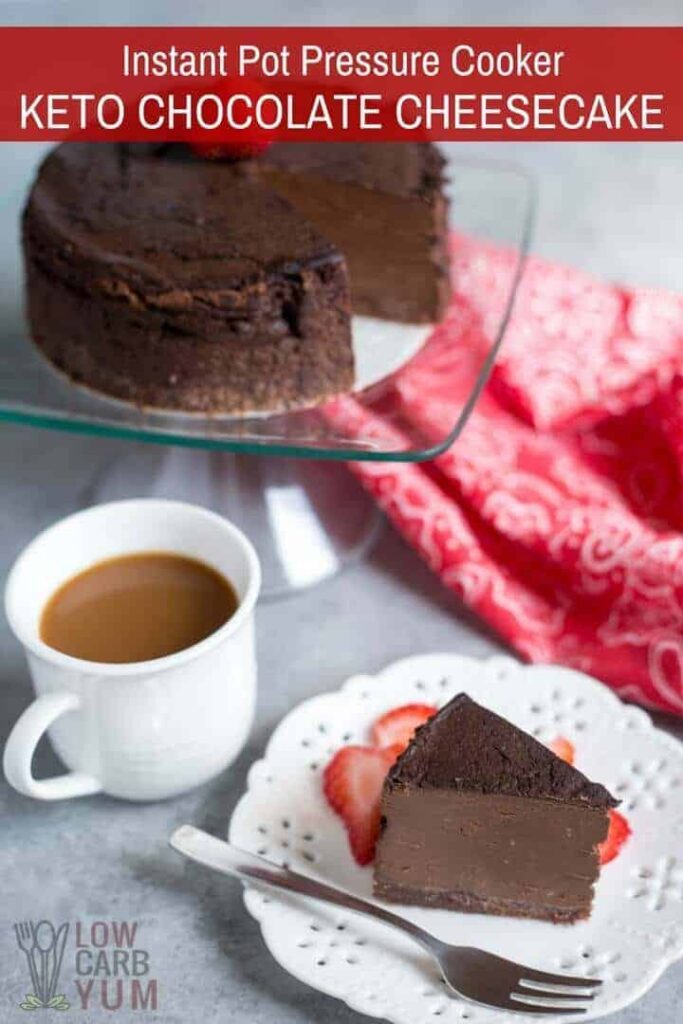 A decadent keto chocolate cheesecake that’s made in the pressure cooker. No need to heat up an entire oven for this baked treat!

I’ve been trying to get more use out of my Instant Pot. It’s such a great appliance that’s being underutilized in my kitchen.

I’m definitely getting a better feel for pressure cooking, but I’m certainly no expert. A few weeks ago, I tried my first dessert recipe, a low carb keto chocolate cheesecake.

To make the recipe, you do want to have a small springform pan or push-up pan that fits in your electric pressure cooker. I used a push-up pan and just rested the pan on a tall can to push the bottom above the sides.

I got the tip for using a can from Jill at This Old Gal. She gives some great tips for baking a cheesecake in the Instant Pot here.

When I need advice on using the Instant Pot, I can usually find the information on Jill’s food blog. So, when I decided to bake a low carb keto chocolate cheesecake in the pressure cooker, This Old Gal was the first site I visited.

Most recipes are inspired by another recipe or a combination of recipes. This pressure cooker low carb keto chocolate cheesecake was adapted from one I saw on Southern Living.

I made changes to the original recipe based on information I found at This Old Gal as well as adapting the recipe to low carb. Since I’m avoiding erythritol, I replaced the sugar with concentrated sweeteners and unsweetened chocolate.

I’ve provided the equivalent amount of Swerve that could be used in place of the stevia and monk fruit. The texture of the cheesecake is definitely better when using erythritol.

Unfortunately, I’m sensitive to erythritol. I’m not sure if it’s because it’s typically made from corn which I have a sensitivity to.

If you don’t have any sensitivity to the erythritol in bulk sweeteners, I’d recommend using that in this keto chocolate cheesecake. Pyure and Sukrin are all great sweeteners to use if you don’t care for Swerve.

Overall, I’ve been pretty impressed with how easy it is to make things in the Instant Pot. I just wish I had more time to play around with it in the kitchen.

Because things cook quickly under pressure, you’ll want to be careful not to overcook the cheesecake. The first one I baked was in the cooker too long and ended up a bit too firm.

If you’d rather make a no bake cheesecake, give my low carb peanut butter cheesecake a try. Or, for a baked one, my blueberry swirl cheesecake pie is super rich and creamy.

Need a serving suggestion? Try using a strawberry topping for cheesecake or add fresh berries to each slice.

Enjoy the recipe! And don’t forget to let me know what you think about it in the comments. 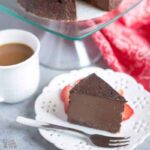 5 grams net carbs per serving. Each slice is really filling. Cutting into smaller slices with reduce carb and calorie counts. The stevia and monk fruit sweeteners can be replaced with ¾ cup Swerve (or equivalent sweetener) if desired.