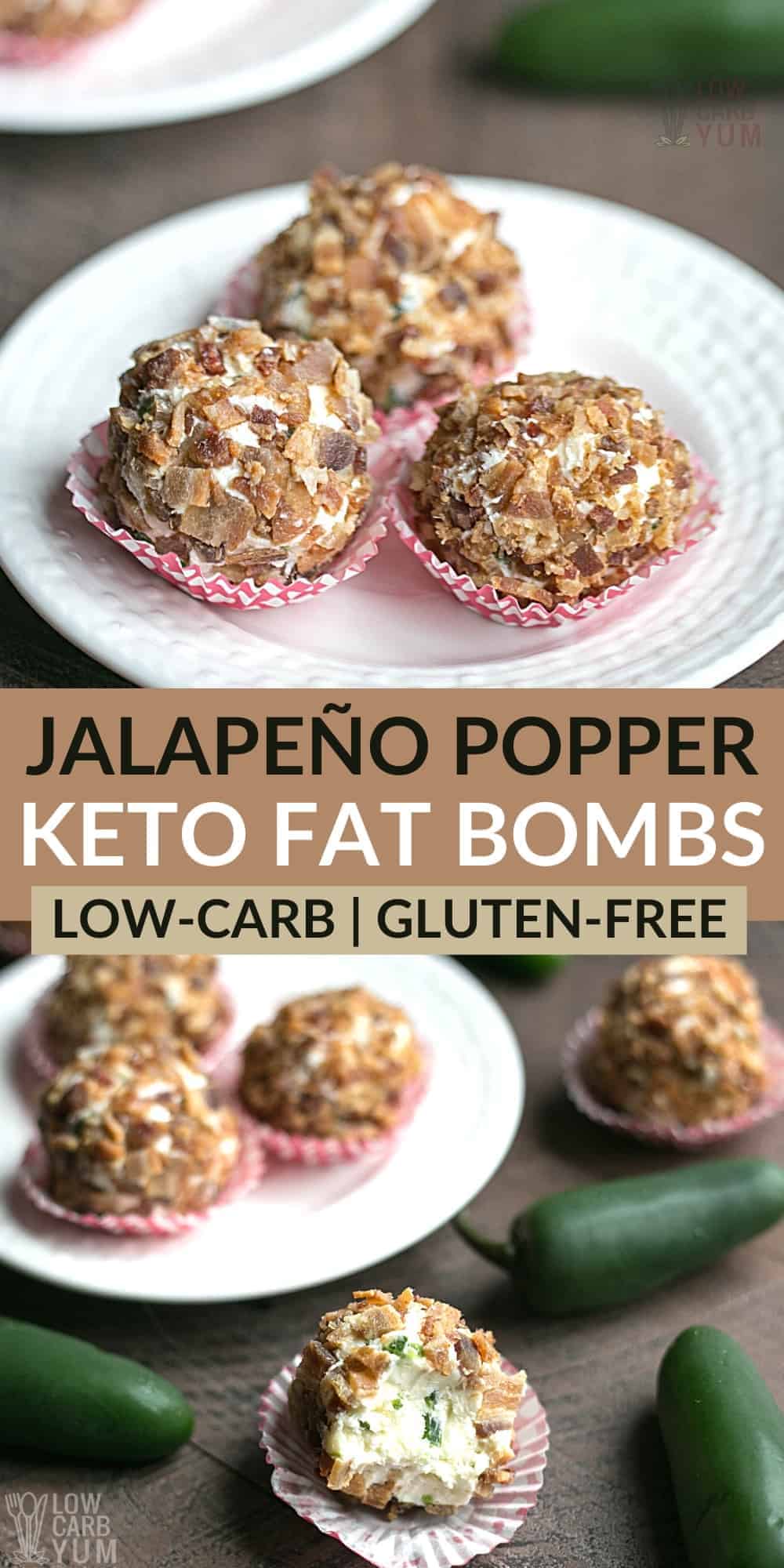 Cheesy keto jalapeño poppers savory fat bombs are an easy low-carb appetizer or snack. It's a delicious way to boost fat intake any time of day.

If you've been on a low carb keto diet for a while, you've likely heard of keto fat bomb recipes. One of my most popular ones are white chocolate flavored.

These high fat snacks are used to boost your healthy fat intake. They are perfect for a quick energy boost.

Fat bombs can be sweet or savory. They can be frozen, spoonable, drinkable, or bite sized. And, they are usually delicious treats that help keep you satisfied on a low carb diet.

The new cookbook by Martina Slajerova, founder of the KetoDiet app and low carb food blog, has a new cookbook with 100 fat bomb recipes. You can find this Sweet & Savory Fat Bombs cookbook here.

I'm big on snacks because I'm always super busy. So, I am in love with Martina's new fat bombs cookbook.

Since I've been cutting back on sweets, I chose to try out the cheesy jalapeño fat bombs recipe from the book.

These tasty savory fat bombs were inspired by the popular jalapeño poppers appetizer. However, the fat bomb version is much better!

Like all of the recipes in the Sweet & Savory Fat Bombs Cookbook, these cheesy jalapeño fat bombs are a cinch to make.

To make the recipe, you'll need four slices of bacon baked crisp along with the bacon grease that drips out during baking.

The filling is a mixture of unsalted butter and high fat cream cheese. Chopped jalapeño peppers, shredded cheese, and bacon grease are mixed in.

The mixture for the keto jalapeño poppers fat bombs is chilled for less than an hour to firm it up.

Once chilled, the cheesy mixture is formed into balls that are then rolled in crumbled bacon.

Although jalapeño peppers are used, the seeds are removed before chopping so the these savory fat bombs are very mild.

I like these high fat snacks much better than traditional keto jalapeño poppers. And, they are so easy to make.

There are so many great fat bomb recipes in the Sweet & Savory Fat Bombs cookbook.

I'll be trying a few more in the coming weeks. This is one of those cookbooks that will be referred to often.

What kind of recipes are in the book?

There's also recipes for making your own dark chocolate and white chocolate.

There's some hot beverage recipes including a creamy white hot chocolate and some fruit smoothies.

Some of the savory fat bomb recipes in the cookbook include pepperoni pizza fat bombs and Waldorf salad fat bombs.

With so many choices in this awesome cookbook, it's tough to choose which recipe to try next.

If you're a big snacker like me, you are going to love this fat bomb cookbook and these easy keto jalapeño poppers fat bombs.

The recipes in the book are all quick and easy to make. And, you'll get the important healthy fats needed for a low carb diet without excess protein or carbs.

With such a great variety of fat bomb recipes, you'll certainly find a few that will become regular treats. 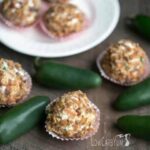