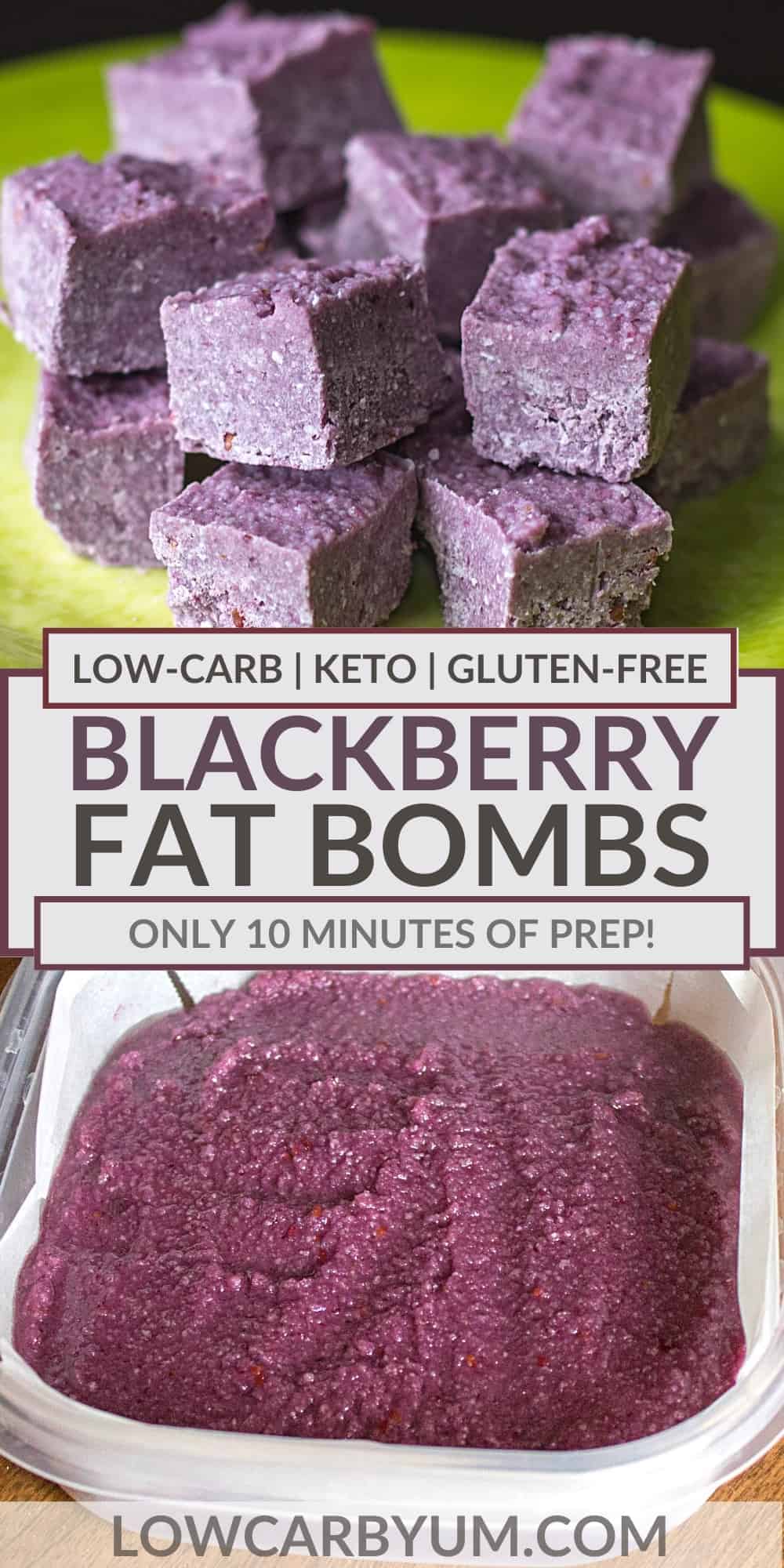 These sugar free blackberry coconut fat bombs are low carb and Paleo. Eat them between meals to stay in ketosis on a ketogenic diet during weight loss.

In the beginning of my low carb days, I never realized the difference between low carb high fat and low carb high protein. Like a lot of newbies, I often ate too much protein thinking it would fill me up in the absence of carbs.

What I didn't realize was that protein often turns to sugar on a low carb diet and can stall weight loss due to the gluconeogenesis process. As I learned more about the ketogenic diet, I discovered that fat was much more important than protein to satiate the appetite. I was doing it all wrong!

I've gained a few pounds over the winter due to lack of activity so I'd like to kick start some weight loss by getting into ketosis. In the past, I never paid much attention to fat versus protein in my low carb diet nor did I monitor ketosis.

I started with these Paleo blackberry coconut fat bombs to see if they would kick me out of ketosis since fruit can do that. So far, so good.

I also kept the sweetness in these fat bombs low using only a minimal amount of SweetLeaf stevia drops. You can add a bit more if you prefer them sweeter.

I'm also trying to up my intake of coconut oil. It's one of the healthiest fats around so I made sure these blackberry fat bombs were loaded with healthy coconut oil. Both the coconut oil and butter were rock hard so I melted them in a pot with the frozen berries then put everything in a small blender.

Then, similar to my dairy free chocolate coconut fudge recipe, I spread it out in a parchment paper lined 6x6-inch container. I like to keep the portions small, but the recipe could easily be doubled if you'd like to make a whole bunch of these little low carb fat bombs.

These tasty keto fat bombs are sure to satisfy my appetite while I try to lose those extra pounds before shorts weather arrives in Southern New England.

I'll be cutting back on protein and upping my fat this spring. So if you are also trying to lose weight through a low carb high fat diet, stay tuned. That's because I'm sure to post a bunch of new LCHF recipes this spring. 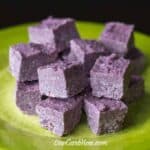 To make coconut butter, place about 2 cups unsweetened dried coconut flakes into food processor and process until butter forms (about 7-8 minutes). The amount of berries can be increased for a sweeter and more intense berry taste.