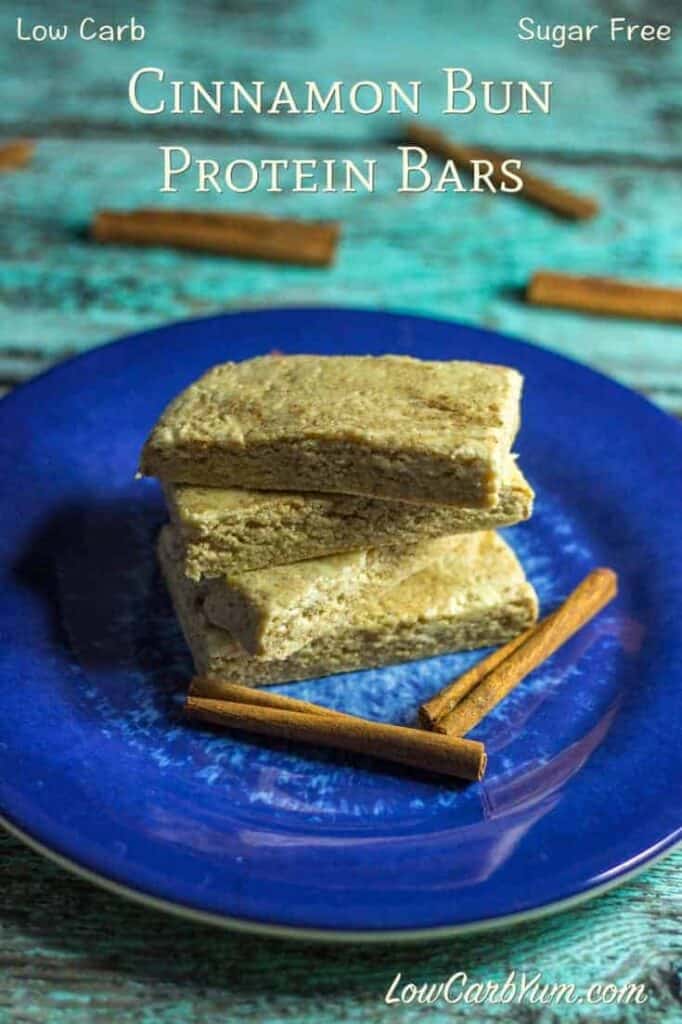 This low carb Quest bars recipe is an easy way to make your own delicious cinnamon bun flavored protein bars. It takes a few ingredients and less than ten minutes.

I can't believe how easy it is to make your own low carb protein bars with VitaFiber syrup. This cinnamon bun protein bar recipe took ten minutes or less.

It's really hard to find low carb snack bars that aren't full of junk. So I'm glad I can finally whip these up quickly and easily at home.

The key to making these easy homemade low carb Quest bars is the isomaltooligosaccharide IMO syrup. There is some data out there showing that this ingredient can raise blood sugar. So you may want to use ChocZero honest syrup instead.

I've still got more than half left in the 5kg bottle of VitaFiber syrup that I bought. So I'll be developing more low carb recipes using this product.

I find that the syrup is a great replacement for corn syrup. And I'm thinking there is a delicious sugar free pecan pie coming in the future.

I find that forming the mixture for the low carb Quest bars  into one large rectangle and placing it on a non-stick surface works best. I used a silicone cake pan, but non-stick silicone baking mats would work well too.

If the dough is too sticky, you can wear plastic food handling gloves or pat with a piece of plastic wrap. Sometimes it seems like there isn't enough moisture to bring the mix together, so I add a little bit of water.

Once the bar hardens after being in the refrigerator, I cut the large rectangle into four equal bars. Then, I wrap each one up in either wax paper or plastic wrap.

It's easy to change up the flavor in these low carb protein bars. Because of the sweetness of the fiber syrup, I use unflavored whey protein powder. So, it's best not to use a sweetened flavored powder.

But, you can add in flavored extracts and omit the cinnamon. Cocoa powder and a little concentrated monk fruit or stevia could be added for chocolate flavor.

These homemade low carb protein bars make great portable snacks. There isn't much fat in them so I usually pair them up with a high fat snack like nuts so it's more filling.

I suppose I could add in some MCT oil to up the fat content as well. I'm thinking the powdered MCT may be better than the liquid oil.

Of course, you can add in some nuts right into the bars. I also have a recipe for coconut cashew homemade Quest bars. So give those a look if you want something a little nutty. Or try some keto chocolate chip granola bars. 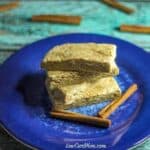