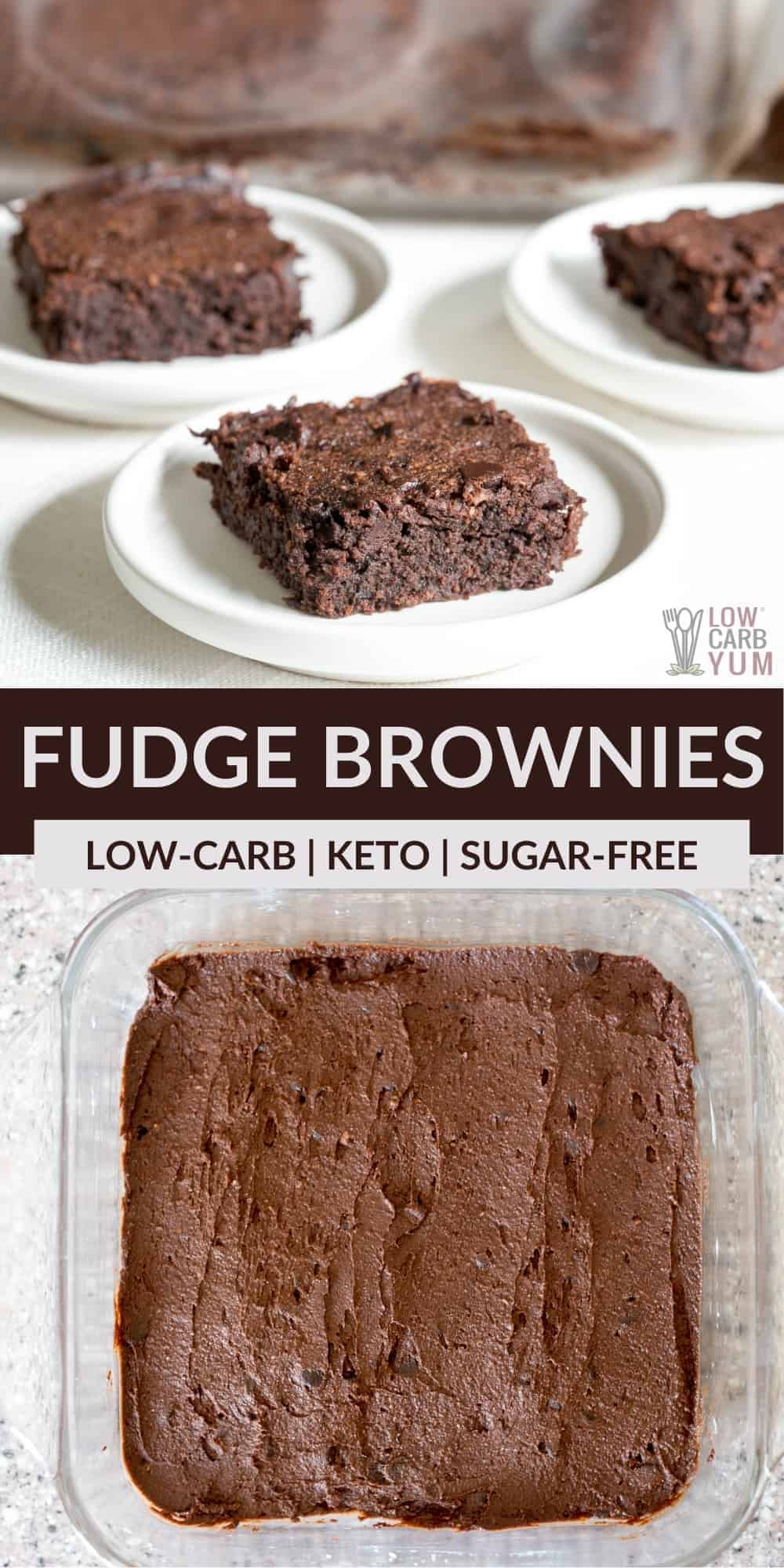 These low carb Carbquik brownies are so rich and fudgy it's hard to distinguish them from the real thing. A welcoming treat for the chocolate lover's sweet tooth.

Who doesn't love rich and fudgy brownies? I just can't resist them when they melt in your mouth.

I've always made my brownies from scratch. These low carb brownies are based on my favorite brownie recipe.

Adding polydextrose is the secret to a getting moist and fudgy brownies. If you are sensitive to it, you could try using a fiber sweetener like VitaFiber or Sukrin Fiber syrup.

The other thing to remember is that chocolate takes on an odd flavor when Splenda is used as the sweetener. So, you'll want to use other sweeteners. I like to use a mix of erythritol and stevia. Swerve is also a good choice.

The original recipe for these low carb brownies uses Carbquik. It's is an excellent low carb flour option. However, it's made from wheat so it's not a good choice for gluten-free. So, I've provided an alternative using almond and coconut flour.

If you'll be replacing the Carbquick in these low carb brownies with almond and coconut flour, you'll want to wait to eat them. I've found that letting the brownies sit in the refrigerator overnight makes them much better.

I also like to take the brownies out slightly undercooked. This makes them very moist and prevents dryness. They may look raw when taking them out, but let them cool completely and they will be fine.

These fudgy low carb brownies taste very close to the original high carb recipe that I used to make. But, It's good to know that they aren't going to add extra fat build-up on my waist!

Sometimes I enjoy nuts in my chocolate brownies. So, I added an optional amount of nuts that could be added for those who want them.

Ingredients can vary. You may need to adjust accordingly. However, I think you'll agree that these treats are a great way to get a chocolate fix. I often eat the brownie mix before baking. It's hard to resist chocolate in any form!

You can see the difference in texture that you get when using polydextrose. The original brownie photo in the recipe card used both polydextrose and Carbquik. All the other photos are what it looked like when I omitted the polyD and replaced the Carbquick with 6 tablespoons almond flour and 2 tablespoons coconut flour.

Taking gluten free low carb brownies out before they test done will help them be more fudgy. And, letting them sit overnight in the refrigerator improves texture too.

For an easy variation, try topping the brownies with a cream cheese mousse for keto cheesecake brownies. 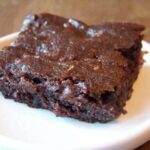 Carbquik can be replaced with a blend of almond and coconut flour in a 4:1 or 3:1 ratio for gluten-free brownies. I like to use about 6 tablespoons almond flour and 2 tablespoons coconut flour. You can add a bit of xanthan gum (about a teaspoon) to help with texture. If PlyD is omitted, some may want to add a little more sweetener or a touch of blackstrap molasses. You can also replace it with a tablespoon or two of fiber syrup like Sukrin clear.