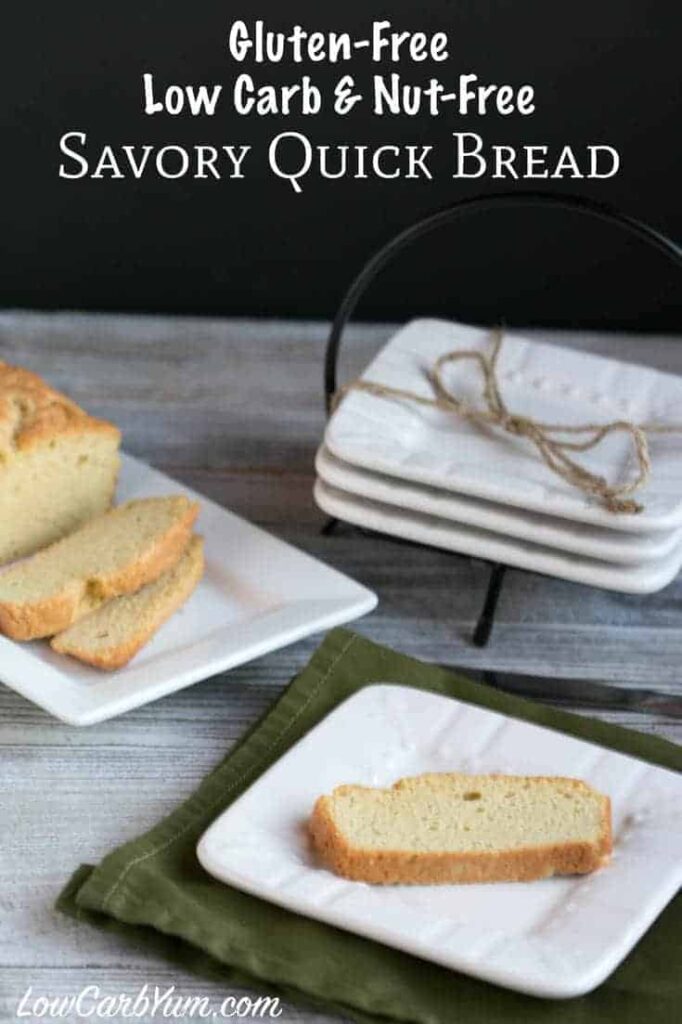 A fantastic gluten-free and low-carb bread recipe made with nut-free sesame flour. If you have not yet tried sesame flour, what are you waiting for?

You know we all miss bread after moving to a low carb diet. There's just something so comforting about bread, particularly when it is fresh out of the oven.

I've tried many low carb bread recipes over the years, but one has always been my favorite. It's my own basic quick bread recipe that has been not only a favorite of mine, but many others who have tried it.

The original low carb bread recipe that I posted back in March 2012 has received many comments with some great suggestions. One recent comment from Maggie got me thinking that I should do an update of the recipe.

She upped the baking powder a little and added some psyllium. I decided to try her suggestions along with replacing the almond flour with sesame seed flour.

Have you tried sesame seed flour yet? This is my first try.

I received a sample bag of Sukrin Sesame Flour from Sukrin USA a while back and finally got around to testing it out. This product is very similar to coconut flour in texture and also seems to soak up some liquid.

I replaced the almond flour one-for-one and it worked out well. Sesame flour is a fantastic alternative to almond flour for those allergic to nuts and can't use coconut flour either.

Since coconuts aren't actually nuts, many with nut allergies are okay with them, but others also have reactions to coconuts. I decided to keep the coconut flour in the low carb bread recipe, but you can try subbing it out with sesame flour if you prefer.

One of the things I love about this low carb bread recipe is that you just dump all the ingredients into your food processor and process until the dough forms. This dough is thicker than the original basic quick bread recipe so you can just drop it onto a baking sheet to make low carb bread rolls.

I find it easiest to just dump all the dough into a bread pan and spread it out. I used a 9x5-inch loaf pan. The amount of dough just fits in an 8x4-inch bread pan and that should work too for a taller loaf.

The crust of the bread came out nice and crisp. I did use a stoneware pan so that may have helped brown it up on the bottom as well. I'm thinking of baking this bread into rolls to enjoy at our Thanksgiving dinner this year which I am hosting for my local relatives.

I haven't had a lot of luck with psyllium breads and I'll admit that I don't really care to much for the taste of psyllium. This bread only has a little bit of psyllium added which is barely detectable.

My original savory quick bread recipe was also much denser than this updated version. The sesame flour is much lighter and finer than almond flour.

I'm looking forward to trying sesame flour in other recipes. It does have a unique taste, but so do many other flours.

Almond flour is probably the most neutral in taste of the low carb flours I've tried. However, it's not a good choice for those with tree nut allergies.

I enjoyed this keto bread most when it was fresh out of the oven. A little Kerry Gold butter was perfect to spread on a warm slice. But it was great later, too, toasted with a bit of chia jam spread on top.

Although there are six whole eggs added in this recipe, I didn't find the bread to have an eggy taste. It's a pretty filling bread and makes a fantastic grab and go breakfast.

I don't know why it took me so long to give sesame flour a try. I'll be taking some time off from work during the upcoming holidays so I need to experiment with this low carb flour some more.

I'm sure there are other low carb bread recipes it is perfect for. If you've been using gluten free sesame flour, I'd love to know what you think in the comments. 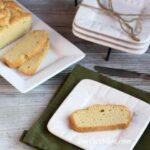