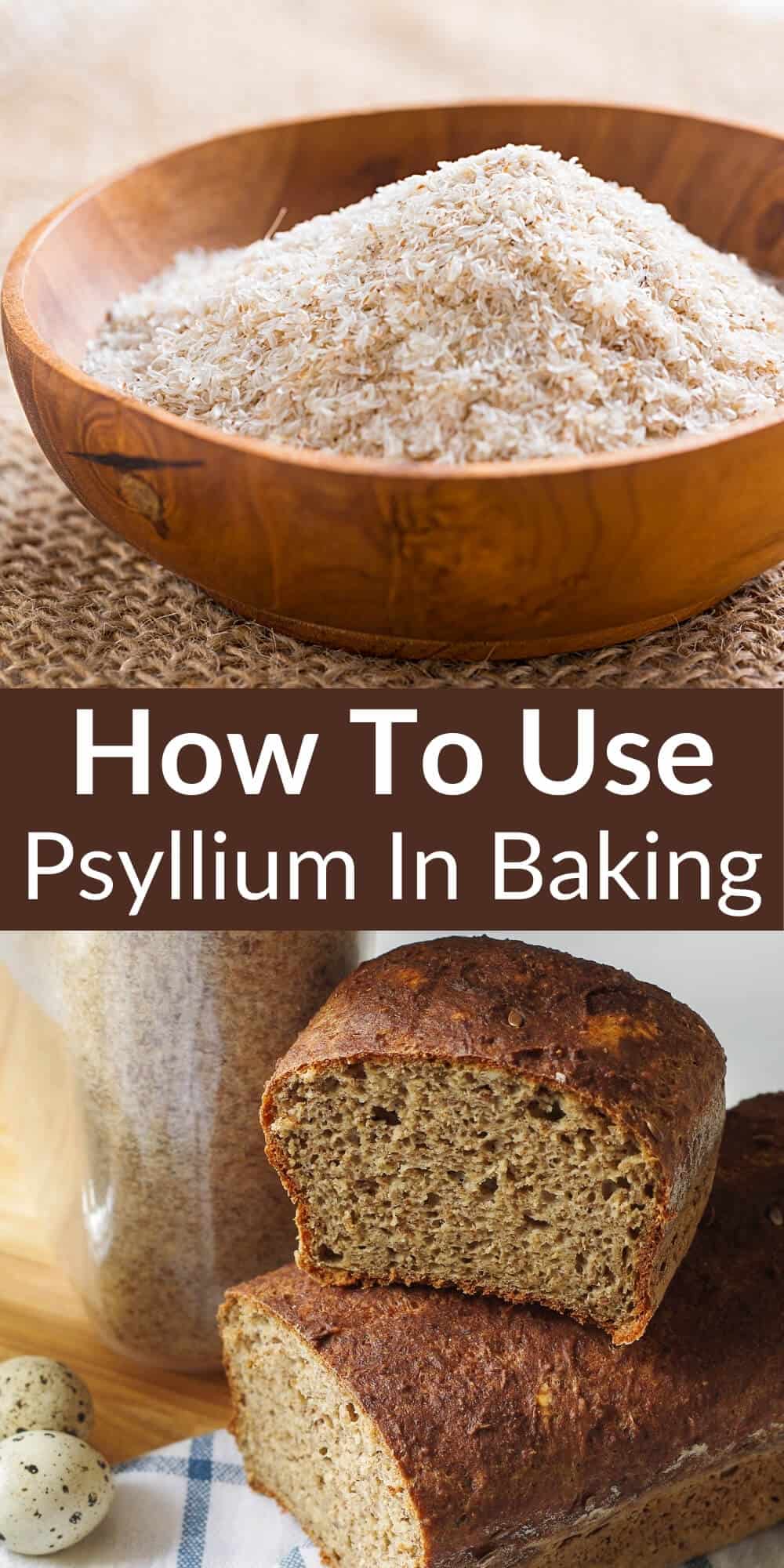 Psyllium husk powder is another amazing flour option when it comes to baking on the ketogenic diet! These husks can help to make your bread soft and airy, and your baked sweets have a more bread-like crumb.

I love to use psyllium husk in my bread recipes when I want some added nutrition or a lighter baked good. This ingredient can work wonders on gluten-free baked goods and make them taste just like the original.

If you haven't tried this keto staple yet, then you definitely should!

As A Flour Substitute

I have found that psyllium cannot be used as a substitute for all-purpose flour on its own. It is quite different from regular flour and cannot act the same way in baking.

Because it does not make a good substitute alone, you will need to combine it with another gluten-free flour to create a bread that is typically light and fluffy.

This ingredient is used more as a binding and texture agent as it helps to bind recipes together, making them easier to create and handle. Psyllium husk is also great at giving gluten-free bread a realistic bread texture.

It's the perfect thing to add to your keto recipes to not only achieve that truly bread-like texture but even imitate the look of bread as well!

In addition, it can even help to lower cholesterol, balance blood sugar, and fuel the good gut bacteria in your digestive tract. Studies have shown that psyllium decreased serum glucose and glycosylated hemoglobin significantly in diabetics as well.

Small amounts of this ingredient are also prebiotic, which means that it can be fermented by your gut's bacteria. This results in beneficial short-chain fatty acids being created.

Because these husks are full of dietary fiber, they are very absorbent. Upping your fiber intake will help to keep you feeling full for much longer since they swell up in your stomach.

Use on a Ketogenic Diet

Even though this ingredient is pretty full of carbs, the amount of fiber it has makes it keto-friendly. Psyllium husk substitute is an amazing ingredient to have around on a ketogenic diet - it simply has so many health benefits.

Not only can psyllium fiber keep your baked goods lower in carbs, but they can help you to step up your baking game, making more realistic and satisfying baked goods.

Psyllium husk is used as a supplement, even for those not following a low carb diet. Psyllium supplementation is common among diabetics and others with heart issues.

Unlike other keto flour alternatives, these husks are practically flavorless, so they won't interfere with what you are adding them to at all. They are the keto go-to ingredient if you want more realistic bread or more soluble fiber in your diet.

What Is Psyllium Husk?

Psyllium seed husk ingredient is the outer shell that comes from around the Plantago Ovata seed. The husk is the part that we often eat because it is made up of soluble fiber. It has long been used as a form of medicine in many cultures, but it is especially useful in low carb baking recipes.

Psyllium Husk's Use in Baking

Baking with psyllium fiber is simple and can be very effective - especially when avoiding gluten, carbs, or eggs. I will rise whole psyllium husks in bread to create that nice and bready texture and powdered husk as an egg substitute.

Psyllium husks are super absorbent and make a great egg substitute or binder in recipes to hold things together and help them rise for nice and fluffy baked goods. It also adds the perfect texture to homemade gluten-free bread as it gives it that perfect light and airy crumb that normal bread has.

You can easily add as much as a full cup of these husks to your keto bread recipes to give them a bready texture and plenty of dietary fiber. It isn't a good flour substitute alone, but it works amazing when added to gluten-free flour blends.

Where to Buy Psyllium Husk Powder?

This ingredient isn't incredibly easy to find in just any store, though some may carry it in their health food aisle. You might have luck finding it where the gluten-free food is kept.

You can easily find it online, but many health food stores will carry it as well. Amazon is my preferred place to buy psyllium husk powder! Some bulk food stores may also offer it as well as some online keto shops.

If you plan on using it regularly, it is more affordable to buy it in large quantities.

If you are interested in baking with psyllium husk powder, check out these other low-carb recipes. They are a great source of information for baking tips too.