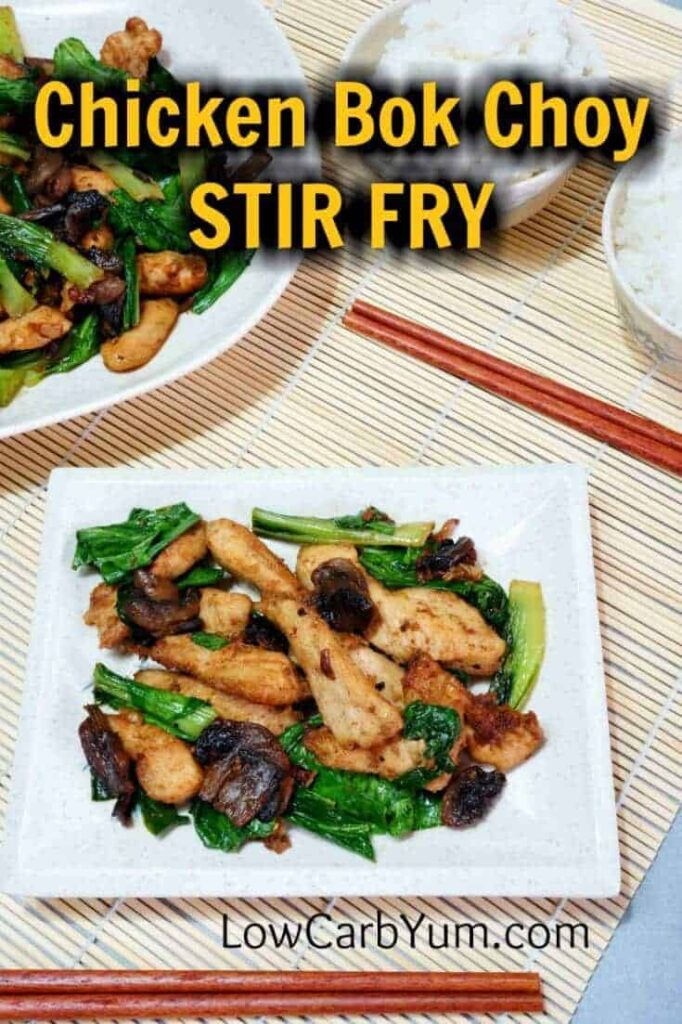 I’ve been affected by the widespread Comcast internet outage this week that spanned from Boston to Washington, D.C. Prior to the outage, I had some internet trouble because a file didn’t reach my modem correctly so I just assumed it was another problem like that.

This morning was the first day I’ve had time to look into it and was able to grab a solution through the internet service on my cell phone. I didn’t realize how dependent I was on the internet until it no longer worked, especially since we use a free voice over IP phone service which only works with a solid internet connection.

Now that I’ve changed the DNS settings on my router I am back in business again. My husband is also happy to have his computer back.

For some reason, I’ve been craving Chinese food so I picked up a bunch of bok choy which is a vegetable I rarely buy. It’s perfect for a low carb stir fry which is another dish that is quick to put together.

The ingredients in a stir fry can be varied to what vegetables are on hand. The amount of meat is also arbitrary and seasonings can be adjusted to taste.

To get a thickened sauce, I used egg yolks and coconut flour in this low carb chicken bok choy stir fry recipe. I had some fresh mushrooms on hand so I added some of those along with the bok choy.

The chicken was dipped into the egg mixture before frying with the minced garlic. I used sesame oil for an authentic Asian flavor, but olive or avocado oil is a better option to seed oil.

The chicken bok choy low carb stir fry was super delicious. I served it with some cauliflower rice on the side. I also made some regular white rice for those who don’t mind the extra carbs.

Making a stir fry at home is much safer than ordering take out from the Chinese restaurant. Most take-out places coat the meat with flour and add cornstarch to thicken the sauce. And, they rarely use gluten-free soy sauce.

My low carb versions won’t give you the crash associated with American Chinese food. Especially if you serve this up with some cauliflower rice instead of regular white rice.

In fact, you may actually have more energy eating these delicious Asian inspired dishes. That’s because they are so much lower in carbs than the food you get at a Chinese restaurant.

You don’t have to use the Asian vegetables to make a great stir fry. I just use whatever meat and vegetables I have fry them up together.

Adding in a little tamari or soy sauce to the mixture gives it a nice flavor. You don’t even have to coat the meat first with an egg mixture if you want to save some time.

So, the next time you’re craving Chinese take-out, give this chicken bok choy low carb stir fry recipe a try. It’s low in carbs and gluten free and full of flavor.

Feel free to change up the recipe to suit your own tastes. If you can’t find bok choy, napa cabbage is a good substitute. Or, another healthy low carb vegetable.

Do you have a favorite dish you like to order at a Chinese restaurant? Would you like to see a low carb version? My favorite has always been the simple stir fry meals.

My husband always orders General Tso chicken. I’ve never been a fan of the breaded meat and overly sweet sauce. However, I do think I can make a low carb version.

I hope you enjoy this chicken bok choy. It’s similar to a recipe that my mother used to make when I was younger. You may also like the Chinese Beef and Tomato dish from my friend Sheena. 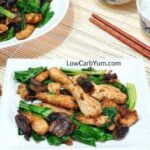 For more flavor, feel free to add any of the following: