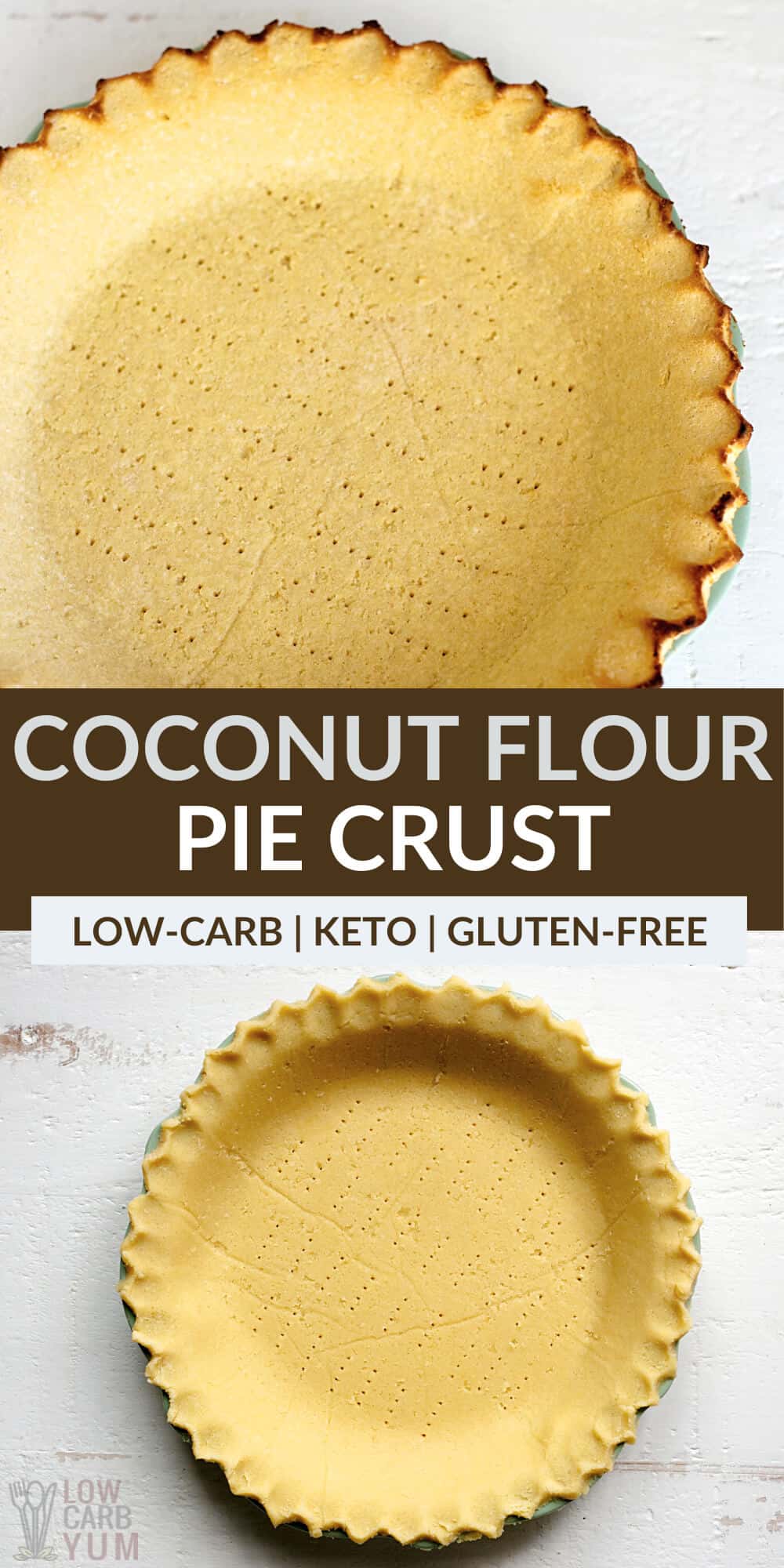 Want the perfect base for your low-carb pies that isn’t made with almond flour? Give this simple coconut flour pie crust a try for both sweet and savory pies.

It seems that every year, the holiday season creeps up on my and I'm left scrambling at the last minute. It also gives me a good reason to bake some sugar-free pies.

I've created a lot of recipes for a keto pie crust over the years. The recipe I usually use for holiday pies is the one found on my key lime pie recipe. That was the first crust I ever made with coconut flour. But, that recipe also includes almond flour.

Since then, I've also created a really good almond flour pie crust that is really close to a regular pie crust in taste and texture. But that one isn't a good option for those who need something nut-free.

I know a few people who are sensitive to nuts so it’s nice to have an option for them. That's why I created this easy coconut flour pie crust recipe.

This crust is safe for those with a nut sensitivity and doesn't have a strong coconut flavor like my coconut pie crust. That makes it a much better alternative to a traditional crust.

There are many people who prefer coconut flour over almond flour and I'm one of them. It's much lighter than nut flours and gives baked goods a texture more like all purpose flour.

This buttery pie crust is light and flaky. You can use it for either savory or sweet pies. Just omit the low carb sweetener for savory.

That makes it great to use for keto desserts as well as savory dishes like a low-carb chicken pot pie.

There's only five simple ingredients needed for the recipe and you probably already have everything you need right in your kitchen!

The gluten free flour used in the crust is coconut flour because it's low-carb and keto-friendly.

When baking with coconut flour, you'll need an adequate amount of eggs. They act as the main binder and add the protein needed without gluten.

For a rich and buttery taste, you'll want to use real salted butter. If you want a dairy-free crust, butter flavored coconut oil will work too.

I prefer using a monk fruit granular sweetener but you can use my keto sweetener conversion calculator to substitute with any low-carb sugar substitute.

A touch of salt is added to enhance the flavor of baked goods. If you don't use it the taste may be flat and bland.

Note: You'll find all the exact amounts used in the printable recipe card at the bottom of this post which is shown with a green background.

Most recipes require the use of a food process to work cold butter into the coconut flour. However, there's no need for a food processor with this low carb pie crust recipe. I find there's very little difference in texture between the crust and one made with the food processor method.

Once you have your butter melted, you'll add in the eggs, sweetener, salt, and coconut flour. Stir well until a dough forms.

Once you have your dough, you'll form it into a ball with your hands. Then place the ball between sheets of wax paper, parchment paper, or plastic wrap.

Flatten out the ball by rolling over the top sheet with a rolling pin until you have a circle that's a few inches larger in diameter than your pie dish.

Remove the top paper and invert into pie dish. Then remove the remaining paper from the dough. Press dough into pie pan being sure press it along the sides of the pan.

Sometimes, the dough does crack when transferring to the pan. But, I just press dough back together.

Trim the excess dough from the edges of the pan and flute the edges with your fingers.

If baking an unfilled crust, poke small holes in the bottom of the crust using the tines of a fork. This prevents bubbles and pockets from forming if steam gets trapped under the crust while baking. Pie weights can do the same thing.

Before baking, cover the edges of the crust with a pie shield or aluminum foil. This will prevent the edges from becoming burned.

For an unfilled crust, bake for about 10 minutes in a preheated 400°F oven. Cool completely on a wire rack before adding your filling.

There's no need to pre-bake the crust for a baked filling. It will cook as the filling is baked. However, some recipes may call for a partially baked pie crust.

You can use this basic pie crust recipe for either a no bake or baked filling. It works great with the no-bake filling used in my keto coconut cream pie and my sugar free banana cream pie. But you can also use if for the baked filling in my strawberry cream cheese pie.

Before sharing the full recipe, I wanted to go over some questions that people often have about making a crust with coconut flour.

How does coconut flour affect baking?

Coconut flour is a good substitute for wheat flour in baking, but it has a very different consistency and flavor. It can be used in recipes with less liquid than wheat flour, so you may need to add more eggs or oil to compensate. Depending on the recipe, it may also require more baking powder or baking soda.

Can you use coconut flour instead of almond flour for crust?

Yes, you can use coconut flour for crusts. Coconut flour is a great alternative to almond flour because it is gluten-free and has a lower glycemic index than most other flours. It has a light, sweet taste that complements savory foods.

What is the best type of flour to use for pie crust?

The type of flour that you use will depend on the recipe you are following. Many people find almond flour is the best low-carb option for pie crust because it's about 75% fat. Coconut flour is defatted so you need to add a good amount of fat to use it for a crust.

How do you make a pie crust more moist?

There are a few things you can do to make your pie crust more moist. You can use a little bit of water or keto-friendly milk alternative in the dough to make it less dry. Or, add an egg for extra moisture. You can also brush the crust with an egg wash before baking it to help it stay moist.

Need some more ideas for using this crust in keto pie recipes? Here's a few more of my favorites. 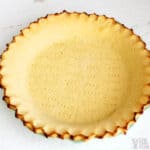