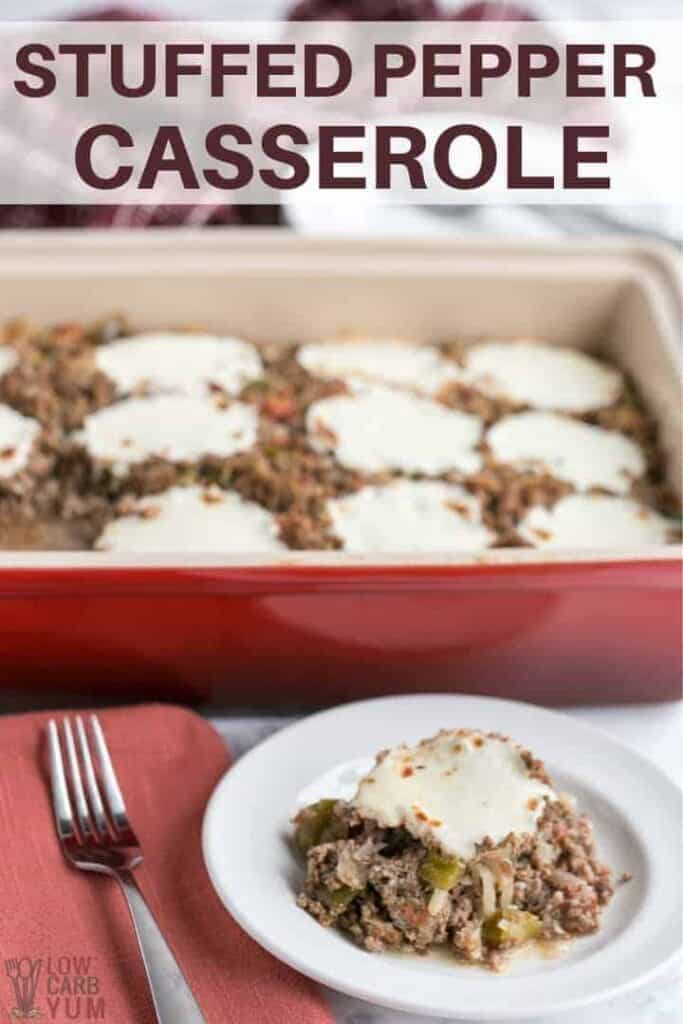 Stuffed Pepper Casserole has the flavorful ingredients of the classic comfort food combined in a baking dish. One of our favorite low carb casseroles!

As many of you know, I’m big on casseroles because they can be such big time savers. And they are dishes that can be prepared ahead and frozen for easy meals later.

It’s so easy to make this low carb dish. You simply brown the ground meat with seasonings then stir in uncooked riced cauliflower and tomatoes.

The prepared meat and cauli rice mixture is spread into the bottom of a casserole pan. Then it’s topped with cheese and baked for about a half hour.

That’s all there is to making an undone stuffed pepper casserole!

You’ve probably seen bell peppers in the grocery store in a variety of colors. Green, yellow, orange and red are the most common varieties.

Aside from the different colors and varying levels of ripeness, there are some other differences between bell peppers:

Is riced cauliflower better for you than rice?

Can I make the stuffed pepper casserole recipe ahead of time?

Yes! This casserole would be great to have in your freezer for those busy days or weeks when you don’t have time to create a meal from scratch but you still want to eat healthy.

Let the casserole cool before wrapping it tightly, first in plastic wrap and then foil. The cooked casserole will keep well in the freezer for up to five months.

How to Store Leftovers

Leftover stuffed pepper casserole can safely be left in the refrigerator for up to five days. If you don’t plan on using it during that time, it’s best to freeze the leftovers for future use.

Divide the leftover casserole into meal-sized portions and place them into airtight freezer-safe containers or heavy-duty freezer bags. Cooked stuffed peppers casserole can be kept in the freezer for up to five months.

How do I thaw a frozen casserole?

There are several ways to thaw your frozen stuffed pepper casserole.

Other Low Carb Casseroles to Try

If you love this easy low carb casserole recipe, you should try these too: 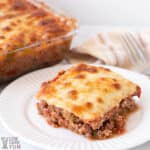 Author: Lisa MarcAurele
5 from 8 votes
Stuffed Pepper Casserole – The flavorful ingredients of the classic comfort food, baked into a pan. This is an easy low carb casserole recipe!

The Italian seasoning can be replaced with ¼ teaspoon each of the following dried herbs: