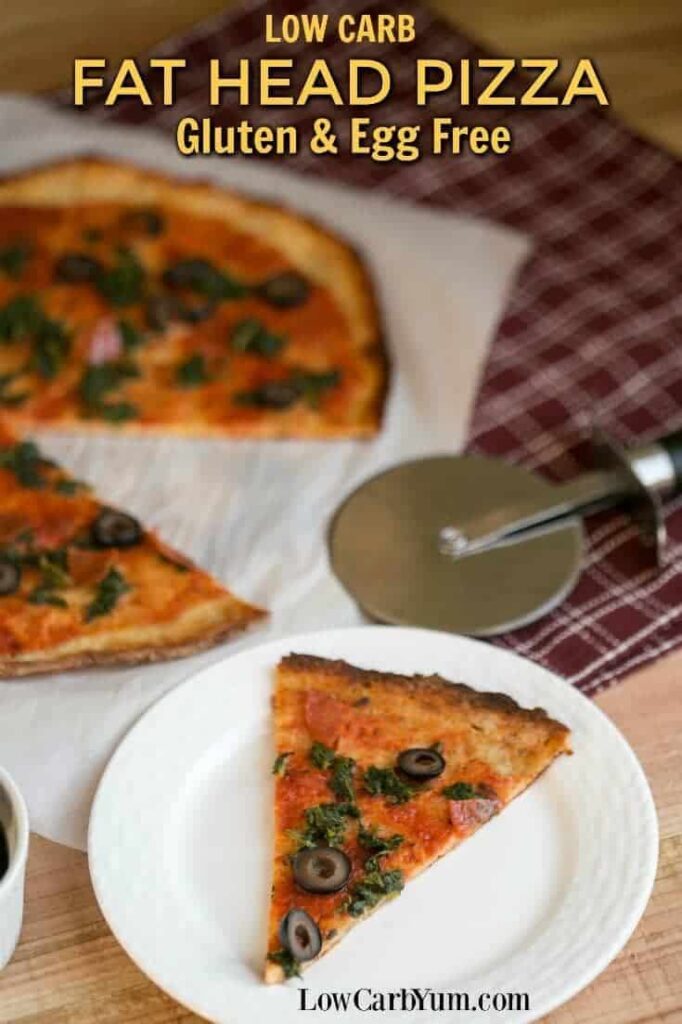 The Fat Head Pizza Dough recipe is often called the Holy Grail of low-carb pizza crusts. Here's an egg-free version for those sensitive to eggs.

My egg white sensitivity has really put a thorn in my low carb lifestyle. Eventually, I'll be able to eat eggs again after I desensitize, but it's going to take months.

And, when I finally am able to eat eggs again, I'll be sure to limit them. It seems people develop sensitivities when they are overexposed.

That's why I came up with this egg free Fat Head pizza dough. The best part is that it's so low in carbs it's almost a no carb pizza crust.

After making my egg free low carb bread recipe, I realized how psyllium is now my new best friend. The reason is because it's the perfect low carb egg substitute.

The carbs in this low carb pizza crust are lower than the "Holy Grail Pizza" recipe I found for fat head pizza because the almond flour is reduced. And, it's replaced with a smaller amount of psyllium husk.

Another change I made was to use sliced mozzarella cheese rather than the pre-shredded kind. The reason is that I'm also sensitive to potatoes and most shredded cheese uses potato starch as an anti-caking agent.

I ended up rolling my fat head pizza dough right on the baking stone. However, it was difficult to flip so next time I'll put parchment paper between the dough and stone.

The result I got was a thin and somewhat crispy low carb pizza crust. For a higher rise and softer dough, adding in an egg will help. But, I was going for egg free with this recipe.

I've always preferred thin crust like I get when I order keto at Blaze Pizza. So, this fat head pizza was right down my alley. And, since there's tons of cheese in it, I didn't bother adding any on top.

For those that prefer a soft thick crust, you definitely need to try the low carb deep dish pizza. The rest of my family, who don't do low carb, love the thicker Chicago style.

Because this egg free crust bakes up thin and crisp, I want to try turning it into crispy nachos. My idea would be to roll it out into a rectangle, cut into triangles, then bake.

Although I try to describe instructions as best I can, sometimes a video is worth a thousand words. It's easier to get things when you watch how it's done.

Adding a video on how I make recipes like this fat head pizza dough should help clear things up. And, it may reduce some of the recipe questions I receive.

I do love getting comments on my low carb recipes, even negative ones are well received. The feedback I get is helpful so I can make improvements.

If you're making pizza for a picky eater, give my coconut flour pizza crust recipe a try. My kids love it! 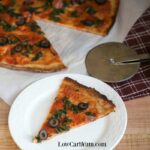