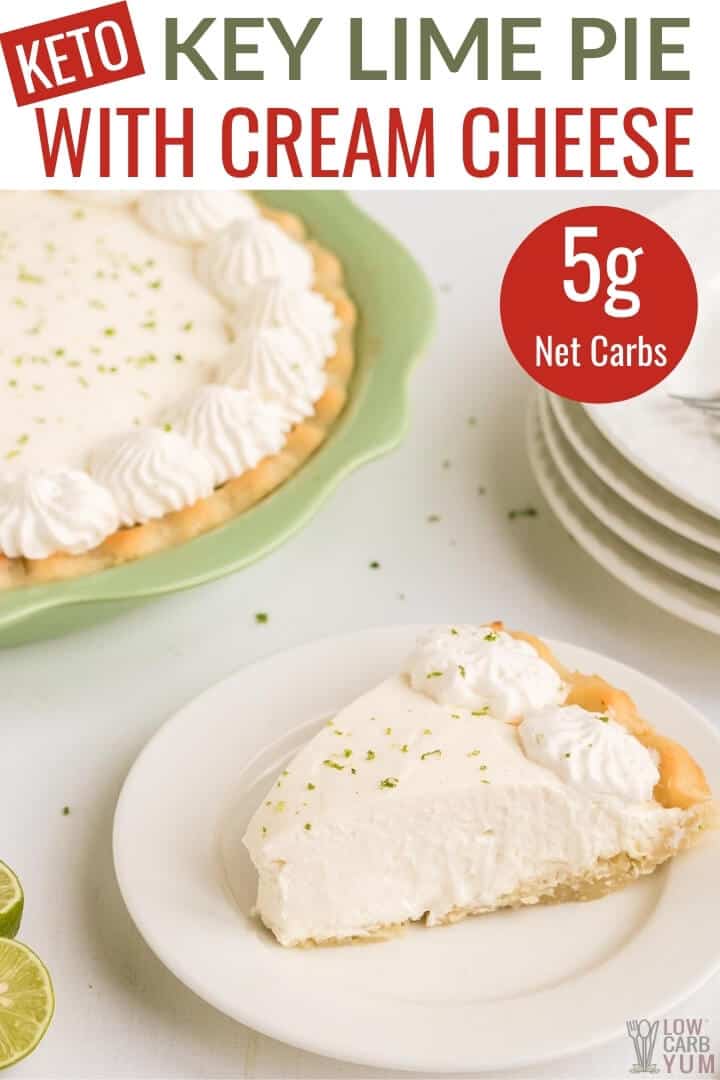 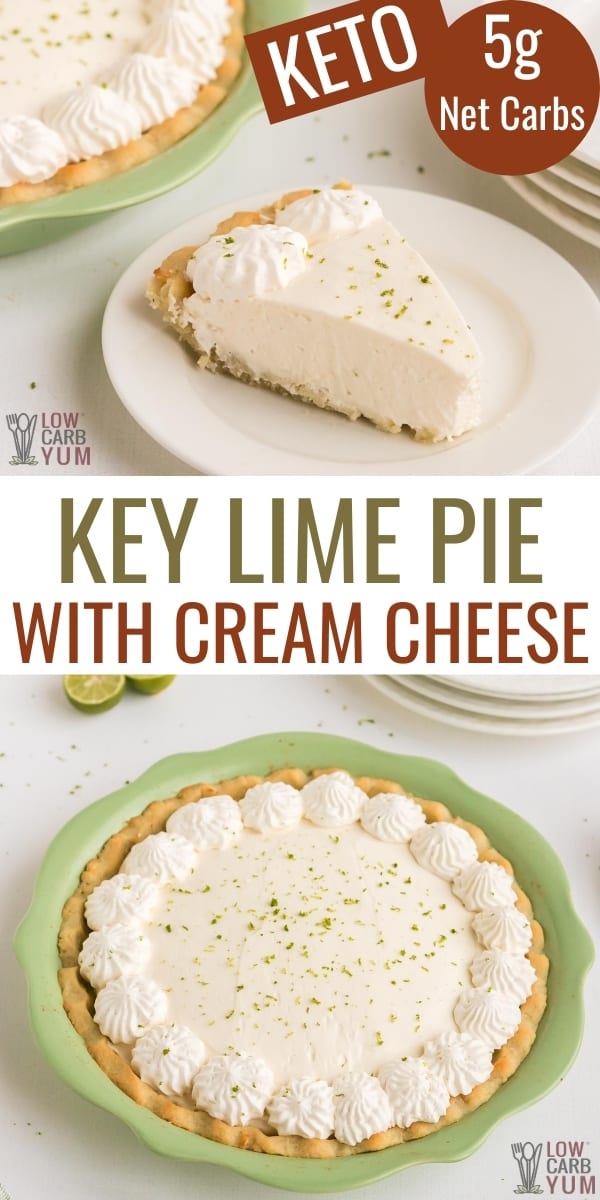 A creamy keto key lime pie with cream cheese crust is simple to prepare! The low-carb filling is no-bake and sets up after a few hours in the refrigerator.

If you have been following my blog for a while, you know that I tend to favor the quick and easy low carb recipes. Like most working mothers, I don't have a lot of spare time for cooking and baking healthy food.

I believe that relying on fast or processed foods results in excess body weight and health issues. That's why I continue to make most of our food from scratch with only an occasional pre-made mix or heat and serve frozen meals.

My biggest weakness is still having a sweet treat after dinner. So I made a low carb key lime pie with cream cheese to share at a recent family gathering. It has a softer and lighter texture than a keto key lime cheesecake.

Although I've made a key lime pie with coconut milk, it wasn't creamy like this version. That pie is like a lime version of keto lemon meringue pie but without the meringue topping.

This recipe is made with simple ingredients. The pie filling blends heavy cream, sweetener, cream cheese, and key lime juice. For the crust, a blend of almond flour, cream cheese and sweetener is used.

I came across several traditional key lime pie recipes with cream cheese based fillings. But most called for sweetened condensed milk which is very high in sugar.

I decided to substitute the condensed milk with whipped cream to make it keto friendly yet still have the sweet creamy texture. To make up for the sweetness, I added a low-carb sweetener. The combo was a perfect substitute!

Rather than use a my almond flour pie crust, I added in some cream cheese for taste and texture. It's a fantastic base for this homemade keto key lime pie!

To make this simple keto dessert, you'll need to prepare the crust then add in the sugar-free key lime pie filling.

I was very surprised at the results of combining cream cheese with almond flour and a little sweetener. The fat from the cream cheese turns the almond flour into a thick paste that was easily spread onto a pie pan.

However, the pie crust dough can be a little sticky if not chilled first. But using a pastry roller will make it easy to smooth out into the pan.

I baked the crust in the oven to make it more like a regular flour crust. It did puff up a little, so I recommend poking the dough with a fork before baking.

The filling for this low-carb pie is no-bake. And, the taste was just what I was looking for!

You just need to combine cream cheese, powdered sweetener, and key lime juice with a hand mixer in a large bowl then fold it into whipped heavy cream. To up the key lime flavor, you can also add in a little key lime zest. The result is a light and airy key lime mousse that's really smooth and creamy.

For a true no-bake keto key lime pie, you could use a crust that requires no baking like a pecan crust or one make with low-carb graham crackers. You could probably just mix up some melted butter, almond flour, sweetener, and maybe a bit of cinnamon then press it into a pie plate.

Want to try a few more easy low-carb dessert pies? Here's some of my favorites: 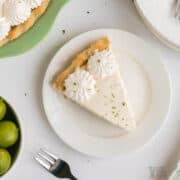 For a stronger lime flavor, add the zest from 2 regular limes or 4 key limes. The pie can be topped with stabilized whipped cream and lime zest for garnishing.