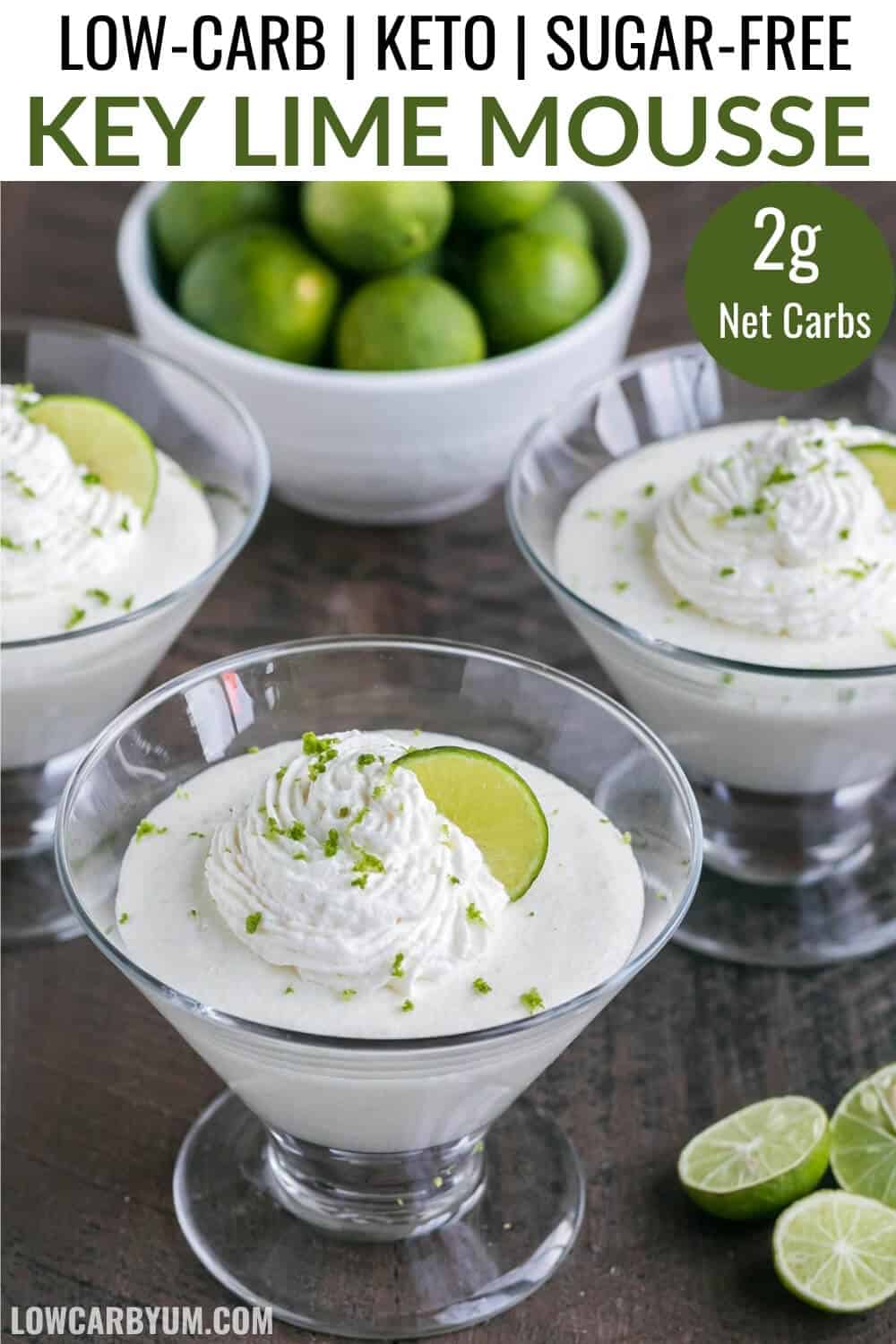 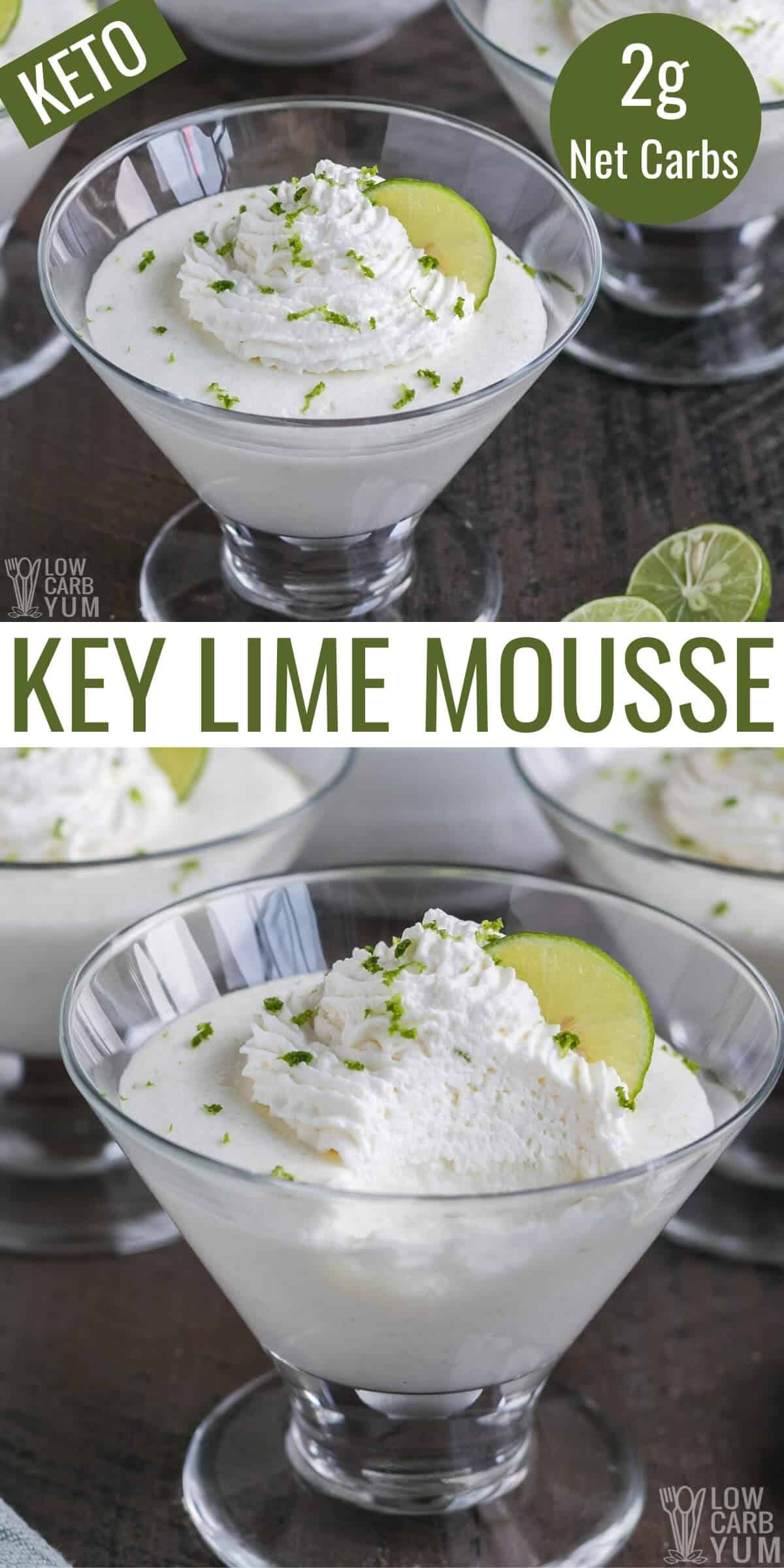 This easy key lime mousse recipe is a quick dessert to prepare. The prep should take less than ten minutes but it needs some time to set in the refrigerator.

Mousse is a great dessert because it satisfies a sweet tooth without being too heavy after dinner. Plus, it's such a simple treat to whip up.

Lots of people buy mixes, but it's just as quick and easy to make it from scratch. That's why I have several recipes on the site.

This key lime mousse is my latest creation. It came out light and airy with a tart lime flavor.

You could use the mousse as a base for a keto key lime pie. All you need to do is add your favorite low carb pie crust. The crust used in my no-bake key lime cheesecake recipe is a good option.

I created this recipe using my low carb chocolate mousse as a guide. But the unsweetened cocoa is omitted and bottled lime juice is added for flavor.

Fresh key limes are often difficult to find. That's why I use bottled juice from Nellie & Joe. Regular lime rind can also be used if you can't get key limes.

Whipping up the heavy cream with a little dissolved gelatin prevents the mousse from flattening. And lime zest is added to enhance the flavor.

How to Make Key Lime Mousse

The recipe comes together in just a few steps. All you need is a good electric mixer that can whip cream to stiff peaks.

That's all there is to making this low carb dessert! However, it does take at least an hour or two to set in the refrigerator.

Although you can chill the mousse in the mixing bowl, I recommend transferring it to individual dessert dishes.

The finished keto key lime mousse doesn't have much color. It's fine if you're only making it for quick treats.

However, if you'd like to dress it up for company, top it off with some stabilized whipped cream, lime zest, and lime slices. It will make a much prettier presentation!

Mousse is one of my favorite no-bake keto desserts. Here's a few other recipes you may want to try: 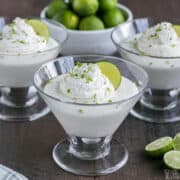 If you're using a erythritol based sweetener, it can crystallize in the mousse if you add too much. It's not recommended to use more than a half cup of erythritol. For a sweeter mousse, a stevia or monk fruit extract is preferred.