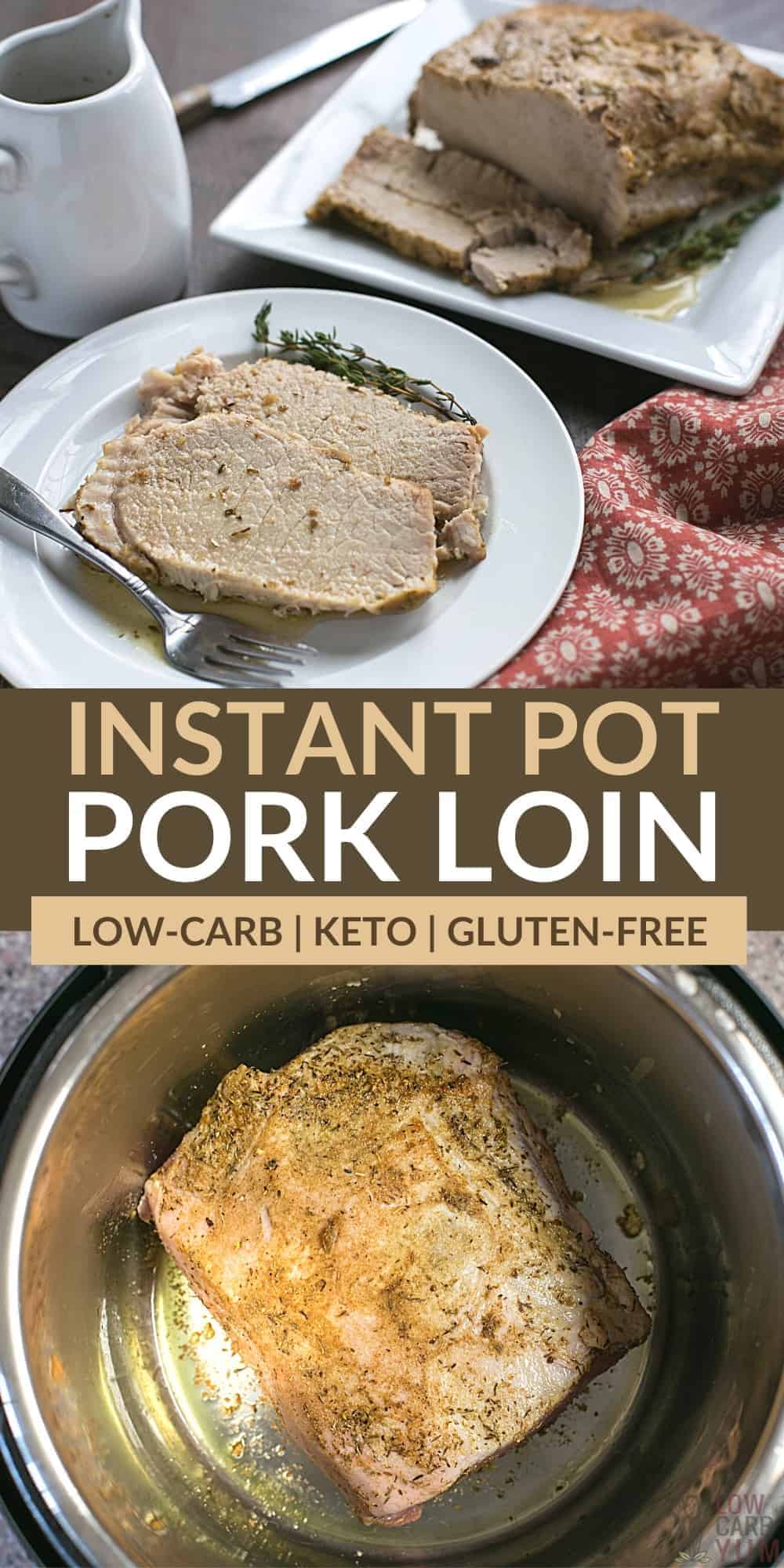 A pressure cooker pork loin roast recipe that results in tender and juicy meat every time. And it's a faster cooking method than using the oven or slow cooker.

Now that I'm getting more comfortable using the electric pressure cooker, I've been using it more to make simple main dishes. I use it to quickly cook whole chicken and turkey breast.

I'll admit that I was a little intimidated to use the Instant Pot when I first bought it. Now, I have two of them. One is a 6 quart model and the other is a larger 8 quart model.

And I'm learning that it's so much more convenient to use the Instant Pot instead of turning the oven on. Plus, the food cooks a lot quicker under pressure.

In fact, food cooks so fast that when I was just starting to learn how to use the pressure cooker, I often overcooked everything. So be sure to check out the recommended cooking times if you're a beginner.

The other thing to keep in mind is that the food cooks as the pot is building pressure and it's also cooking as the pressure is released. So the cooking time is longer than what's set in  the program.

That's why when I cook things like broccoli under pressure, I'll set the cook time to zero. And, it's often best to use the low pressure setting for things like vegetables so they don't get mushy.

This pressure cooker pork loin roast recipe is one of the simplest things you can make in the pressure cooker. If you're a beginner, it's a good recipe to start with.

It's hard to go wrong when making a pressure cooker pork loin roast recipe. But, if the time isn't set right, you could end up with meat that either overcooked or undercooked.

I'm certainly not an expert in pressure cooking. But I'm doing a lot better than I was last year. As with anything, the more you practice, the better you'll get.

One of the ways that I've been converting my family to a low carb lifestyle is to make more meat and vegetable dishes. The picky eaters in my family enjoy meat dishes.

I have a little harder time getting them to eat low carb vegetables. But once I figure out which ones they like, those are the ones that's I'll keep in the freezer.

Green beans are something that my husband and daughter like so I cooked some up to serve with this pressure cooker pork loin roast recipe. My daughter also likes spinach if it's cut and drowned in a cheesy sauce.

They both like cucumbers and carrots too. So I'll pick some of those up for them to snack on. However, my daughter only eats the carrots when they are cooked in a broth.

I know that carrots are higher in carbs than I like. But since it's a vegetable that my family eats, I'll buy it regularly for them. And, I'll occasionally add a small amount in my cooking.

All of my picky eaters enjoyed eating this easy Instant Pot pork loin roast. So it's a recipe that will go on our dinner rotation. It goes really well served with roasted asparagus.

I try to keep my meals simple so I don't have to spend a lot of time in the kitchen. If I want a more complex dish, that's when I leave it to the cooks at a restaurant.

On rare occasions, I will try a more involved recipe. But those don't happen too often in my house. There's just not enough time to waste preparing gourmet meals.

One thing that I haven't tried yet is to cook multiple dishes in the Instant Pot. I did buy the stackable insert pans to use in the pressure cooker, but haven't used them yet.

I thought that I'd have more time to experiment with different cooking ideas once I left my engineering job. But, it turns out there's just not enough time in the day!

Enjoy this easy Instant Pot recipe. You can use the pan drippings to make some low carb gravy too! And any leftovers can be used to make a Chinese pork stir fry. 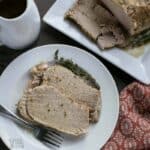 © LowCarbYum.com
Unauthorized use of this material without written permission from Lisa MarcAurele is strictly prohibited unless for personal offline purposes.
Single photos may be used, provided that full credit is given to LowCarbYum.com along with a link back to the original content.
« Easy Lemon Coconut Custard Pie with Coconut Milk
Tomato Casserole Dish with Fresh Tomatoes »