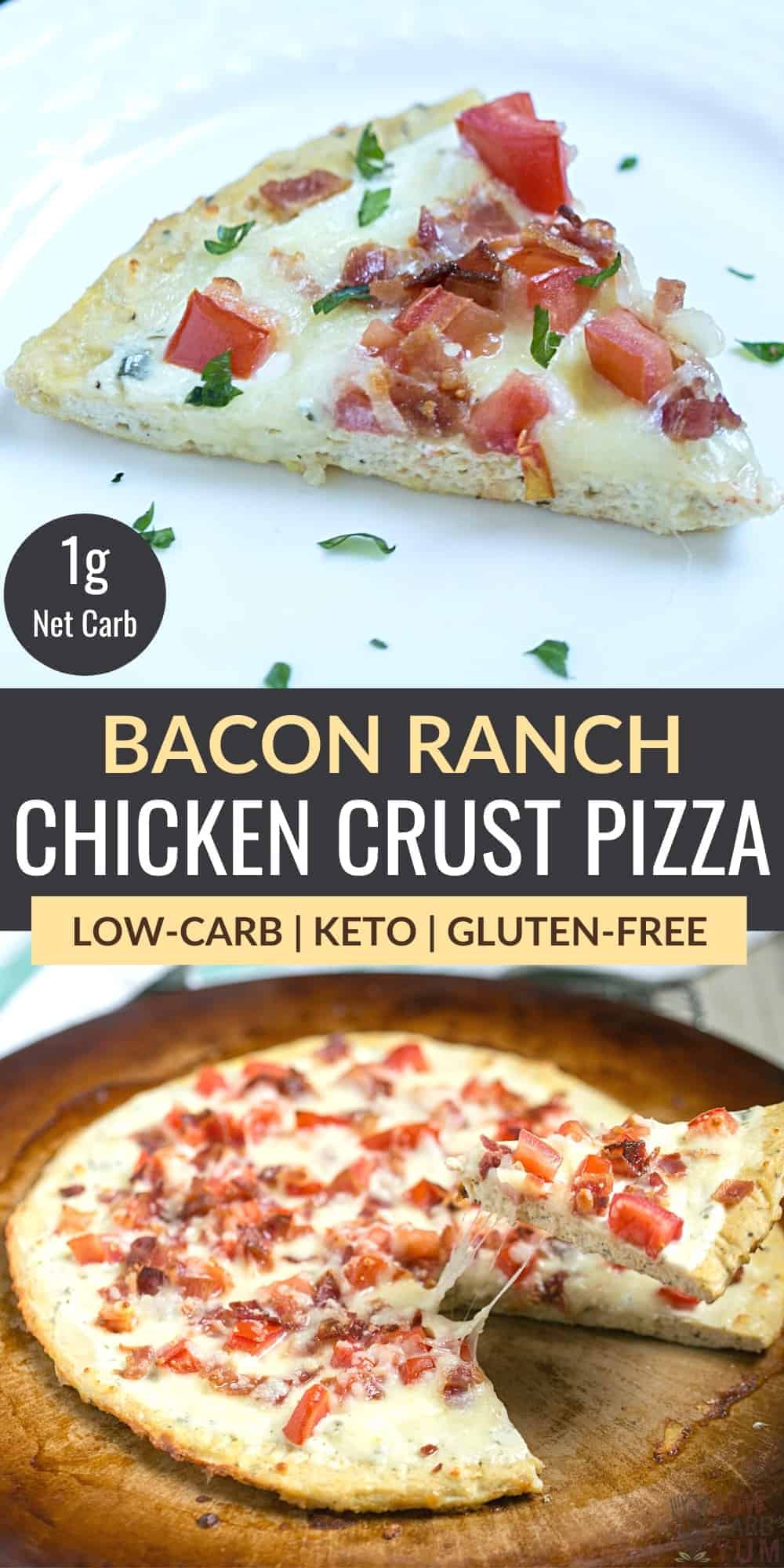 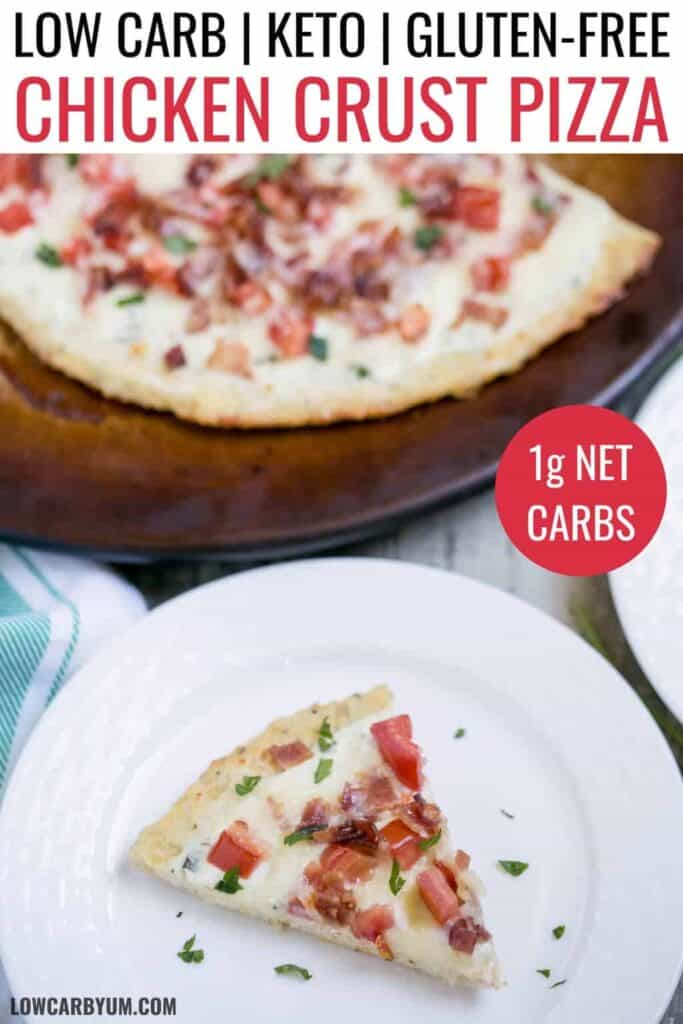 But when it comes to crusts, this keto chicken pizza crust can’t be beat! With only 1 net carb per slice, it’s one of the best low carb options.

Making this crust is super simple. You just combine the ingredients, bake, then add your toppings. That means you’re only a few steps away from a guilt-free pizza night.

For this recipe, I also included a creamy ranch-inspired sauce that goes perfectly with the tomato and bacon. And of course, you top it all off with melted cheese.

Keto chicken crust pizza is one of my favorite ways to satisfy a pizza craving without adding a bunch of carbs. Give this recipe a try, because I’m sure it will quickly become one of your favorites, too!

What is chicken crust?

This low carb pizza crust is exactly what it sounds like. It may seem crazy to think of using meat as the base for a pizza, but it’s actually quite popular.

The benefit of meat is that it’s practically carb-free. This recipe is very similar to a meatza pizza which is made from ground beef.

In my opinion, you can get more creative with a keto chicken pizza crust. Chicken is pretty bland, more so than ground beef. This means you can use any kind of flavor combination you want.

How to make the chicken crust pizza keto

The beauty of this recipe is that it comes together so easily. I think it’s much easier than fathead dough.

I love the flavor combination of the ranch sauce, bacon, tomatoes, and cheese. It’s so tasty and satisfying!

You can also try your chicken crust pizza with regular red pizza sauce or white pizza sauce. And feel free to play around with toppings.

How long to cook

You want to keep an eye on your chicken crust to make sure it doesn’t overcook. We want it to be firm enough for the toppings, but not dried out.

When baking, keep an eye on it starting at the 20 minute mark. Once the top is lightly browned, it’s ready.

It will continue cooking after you add the toppings, so you don’t need it to be cooked to a crisp at this point.

Once you add your toppings and return the topped crust to the oven, watch it until the cheese is melty. For me, 10 minutes is just about perfect.

How to mold ground chicken into pizza crust

It’s amazing how easy it is to make a crust out of ground chicken, cheese, egg, and seasoning!

By combining the ingredients in a bowl and then forming them into a ball, you’ll help everything start to bind.

Then, you simply roll out the crust to your desired pizza shape. I strongly recommend rolling it out between two sheets of parchment paper. This keeps the crust from sticking to your rolling pin.

It really is so simple! But, if you prefer a more bread-like texture, definitely check out my coconut flour pizza crust.

Looking for a few more ways to satisfy your pizza craving? Check out a few of these favorites:

You may also want to try an easy slow cooker pizza soup!

You may want to have the following kitchen tools available before making the recipe:

Have you tried pizza crust made with chicken? How do you like to top off your low carb pizza? Leave a comment to let me know how it turned out. 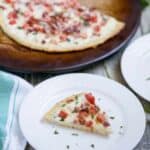